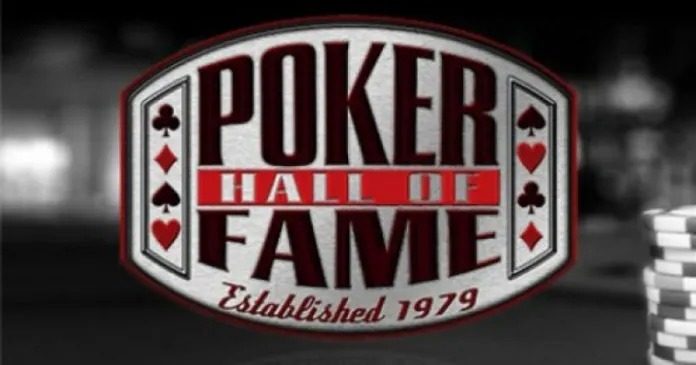 The Poker Hall of Fame, owned and controlled by the World Series of Poker, has opened up its nomination process for the class of 2018.

In addition to the 40 years of age requirement, the other criteria for the Poker Hall of Fame are that the player must have competed “against acknowledged top competition” and “for high stakes,” while playing “consistently well” and “gaining the respect of peers.” The player must have lasted in the poker world too, as another standard is that they “stood the test of time.” For those in the industry who aren’t or weren’t poker pros, they must have “contributed to the overall growth and success of the game of poker, with indelible positive and lasting results.” So far, 54 people have satisfied those requirements.

Poker players and fans can submit their online nomination here.

The Poker Hall of Fame has no physical presence and only exists in cyberspace.

Last year, Phil Ivey and the late David “Devilfish” Ulliott were inducted. They were selected after the nominations were narrowed down to a list of 10 finalists that also included Matt Savage, Max Pescatori, David Chiu, Mori Eskandani, Ted Forrest, Thor Hansen, Mike Matusow and Huck Seed. All are eligible for consideration again this year.

The list of 10 was created after the public nomination process and a vetting of the nominations by the Poker Hall of Fame Governing Council. The process then moves to the living members and an 18-person panel of media members to determine who gets inducted.

The Poker Hall of Fame traditionally elects one or two members annually. The enshrinement ceremony is held in concert with the final table of the main event.

Here is a look at all 54 players inducted into the Poker Hall of Fame.