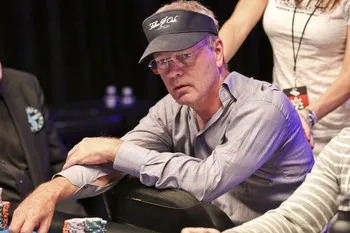 Baldwin, who has served as Chief Customer Development Officer of MGM Resorts and CEO and President of CityCenter, will be departing later this year. An official reason was not provided in the brief press release.

“Few have played a more central role in the growth and transformation of the gaming industry than Bobby, and his contributions over more than three decades are immeasurable,” MGM said of the four-time World Series of Poker bracelet winner.

“MGM Resorts thanks Bobby for all he has done for the company and all he has meant to this industry and wishes him the best for the future,” the casino developer added.

Baldwin, winner of the 1978 main event, was inducted into Caesars’ Poker Hall of Fame in 2003. He has played in some of the priciest poker games in history, including a $1 million buy-in tournament at the WSOP. The high-stakes cash game room at Bellagio bears his name.

Baldwin was the president of the Golden Nugget casino in the early 1980s, before moving over to The Mirage. He later became president of Bellagio in the late 1990s when it was then owned by Las Vegas casino mogul Steve Wynn.

Though Baldwin’s four bracelets came in the 1970s, prior to him focusing on his career behind the scenes in the casino industry, but he still maintained a love for poker across several decades.