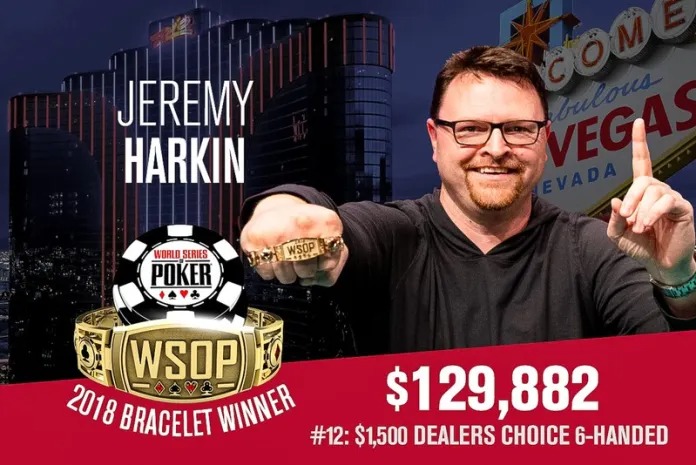 “I’ve been coming down here every year since 2003, and there’s been people who’ve been coming down here who have had a lot more success than me, because I’m mostly a cash game player,” Harkin explained. “Tournaments are so different, and I basically gave up on winning a bracelet last year. I was trying to play good poker, stay relaxed, make good decisions, and not get frustrated. I was trying to have fun.”

The six-handed event featured 20 different poker variations. Each player at the table took turns choosing a game that would be played for an entire orbit.