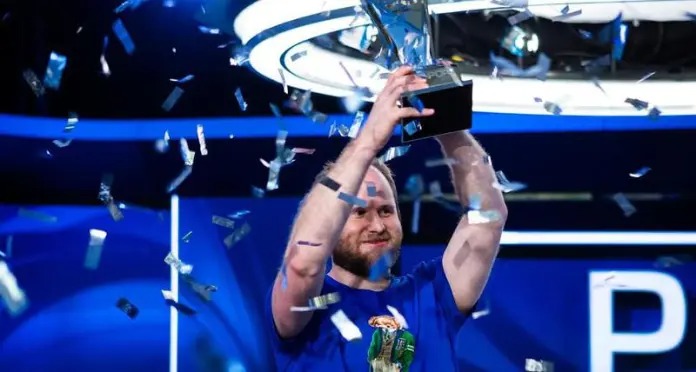 The PokerStars Caribbean Adventure has hosted the first $100,000 buy-in super high roller no-limit hold’em event held each year since introducing the tournament back in 2011. The tradition continued in 2019, with this year’s running attracting a field of 61 entries, building a total prize pool of $5,918,220. This was the second largest turnout in the event’s history, behind only the 66 entries made in 2015. After three days of high-stakes poker action, Sam Greenwood emerged victorious with the title and the top prize of $1,775,460.

This was Greenwood’s fourth seven-figure score in the past nine months, and it brought his lifetime live tournament earnings to $14,696,571. He now sits in third place on the Canadian all-time money list, behind only Daniel Negreanu ($38.6 million) and Jonathan Duhamel ($18 million).

In addition to the money, Greenwood was also awarded 720 Card Player Player of the Year points, enough to see him climb into 13th place in the overall POY standings.

The tournament awarded payouts to the top eight finishers, with Stephen Chidwick (8th – $236,720), Steffen Sontheimer (7th – $301,820) and Igor Kurganov (6th – $378,760) being eliminated late on day 2. The third and final day of this event began with Greenwood sitting in fourth chip position with five players remaining.

Chris Hunichen began day 3 with the largest stack, but he quickly tumbled down the leader board thanks to a huge confrontation with Greenwood. The hand began with Greenwood raising to 95,000 from under the gun. Henrik Hecklen three-bet to 300,000 on the button. Hunichen four-bet to 825,000 from the small blind. Greenwood moved all-in for 3,460,000 total. Hecklen folded and Hunichen called with the ADiamond SuitKSpade Suit. He was in rough shape against Greenwood’s ASpade SuitAHeart Suit. The board improved neither player and Greenwood doubled into the chip lead.

Greenwood furthered his advantage by eliminating Talal Sharkerchi next. The recent PokerStars Players Championship eighth-place finisher shoved all-in with J-9, only to run into the pocket queens of Greenwood. Greenwood made a set on the turn and held up from there to send Shakercki to the rail in fifth place with $485,300.

Greenwood took roughly a 10-to-1 lead into heads-up play with Henrik Hecklen. It didn’t take long until all of the chips got into the middle. Greenwood limped in from the button holding the 7Spade Suit7Diamond Suit and Hecklen moved all-in for 1,380,000 from the big blind with the ADiamond Suit6Diamond Suit. The 8Diamond Suit8Club Suit3Spade Suit4Spade Suit2Diamond Suit runout secured the pot and the title for Greenwood, eliminating Hecklen in second place ($1,284,260).