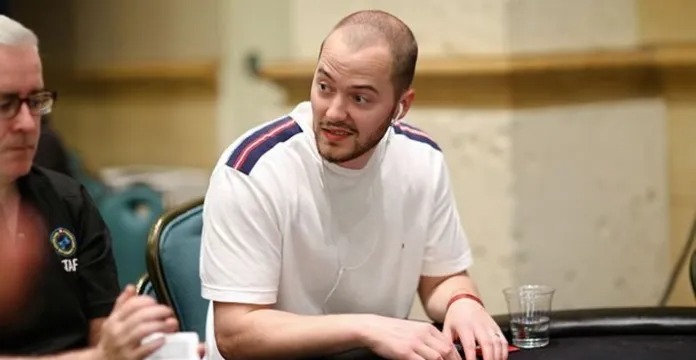 When is a single day event not a single day event? When they switch the lights out on the poker room and tell you to come back another day! Not that Sean Winter will mind, having returned two days later to finish his heads-up battle with David Peters and walking off with $495,210

The $25,000 buy-in Single-Day High Roller at the PokerStars Caribbean Adventure had attracted 75 entries, 50 of them unique and the other third second bullets, with the usual suspects of the highstakes tournament game showing up:

Steve O’Dwyer, Jason Koon, Cary Katz, ‘the Germans’ out in force again – Kempe, Sontheimer, Loeser, Aldemir and Schemion all in the mix – with Justin Bonomo and Alex Foxen in there too. Also ponying up the $25k were former WSOP Main Event champs Joe McKeehen and Joe Cada.

Of all these stellar players, only Kempe, Foxen and O’Dwyer would make the money – 11 spots paid and a good mix of nationalities at the final table to make things interesting. Hong Kong’s Stanley Choi was an unexpected name, and he eventually finished 7th while England’s Jack Salter took an excellent 3rd place and $230,500 for his troubles.

The heads-up finale had to wait a couple of days as mentioned, but when they finally returned it took only 3 hands for Winter to close things out, Peters check-calling all the way with 72 offsuit only to find himself outdone by Winter’s rivered two pair.