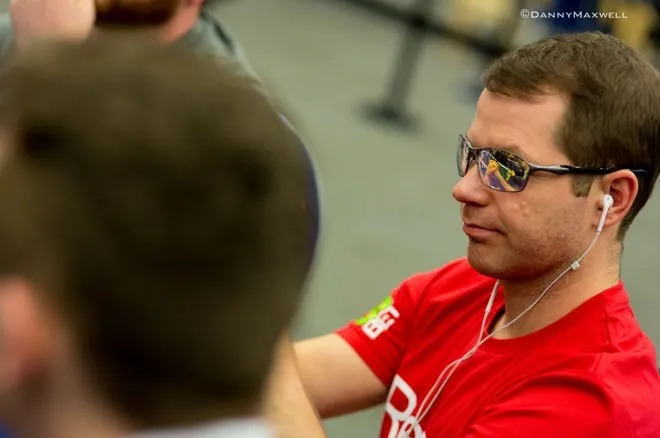 In the cutoff I looked down at {A-Clubs}{9-Clubs}. In general, I’d probably prefer three-betting this hand in this spot, but here I just called and the two of us saw a flop come {K-Clubs}{K-Diamonds}{2-Spades}.

We both checked, then the turn brought the {9-Hearts} to improve my hand. My opponent led for 1,300 (about two-thirds pot) and I called. The {K-Hearts} then fell on fifth street to complete the board, meaning I had nines full of kings.

My opponent checked and with the pot almost 4,700 I went for a big bet of 5,000. In the video I explain my reasons for trying to go for value with this river bet.

Rather than folding or calling, however, my opponent check-raised all in with the nearly 15,000 he had left. Now what?

Hear what I say about my response to this check-raise, and see what happened:

How would you have played this hand? (Source: pokernews.com)