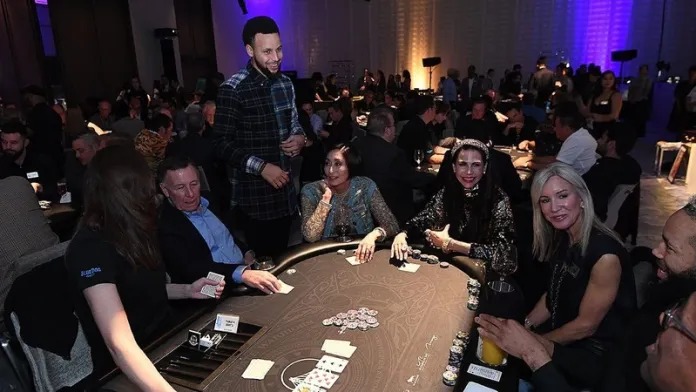 The Golden State Warriors roster is full of poker-playing card sharks, but they took a break from their private games to host a charity poker event earlier this month.

Net proceeds will be awarded to Bay Area non-profits ahead of the 2022-23 NBA season as part of the Warriors Community Foundation’s annual grant cycle.

The buy-in and re-buys at the tournament totaled over $1.8 million, with the money raised through a live auction totaling over $600,000. Top prizes at the auction included cookies baked by Ayesha Curry and a Kelley James guitar, signed by Stephen Curry, Draymond Green, and Klay Thompson.

The team’s poker interest also extends to team ownership. Minority team owner Chamath Palihapitiya has a few cashes at the World Series of Poker and has gone on record talking about experiences playing in some of the biggest cash games in Las Vegas.

Green in 2019 appeared on a Poker After Dark high-stakes cash game.

IN WHICH TO CHECK OUT DURING 888POKER WPTDEEPSTACKS MALTA