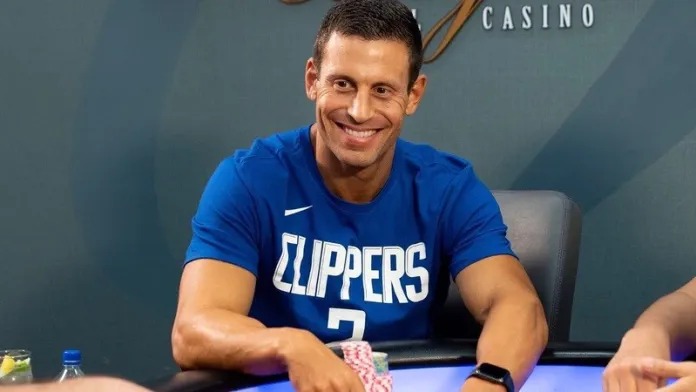 High-stakes poker player Garrett Adelstein was a super nice guy in a recent live stream from the Hustler Casino in Gardena, California.

In a clip posted to Twitter by another poker player, Adelstein is seen on the losing end of an all-in hand with KSpade Suit 10Spade Suit on a board reading QHeart Suit 3Heart Suit 3Club Suit 4Diamond Suit KDiamond Suit against his opponent’s pocket fours for a full house.

Only the end of the action was shown in the video, and it looked like Adelstein called all in. His opponent inexplicably told Adelstein “good call,” only moments later to say “just kidding.”

Adelstein barely reacted to the situation, a classy move despite the slow roll.

He later posted a Tweet about the hand, continuing to shrug off the poor etiquette.

The lack of response by @GmanPoker here is straight class. This is the model for all professionals. pic.twitter.com/2ST2dKdWUu