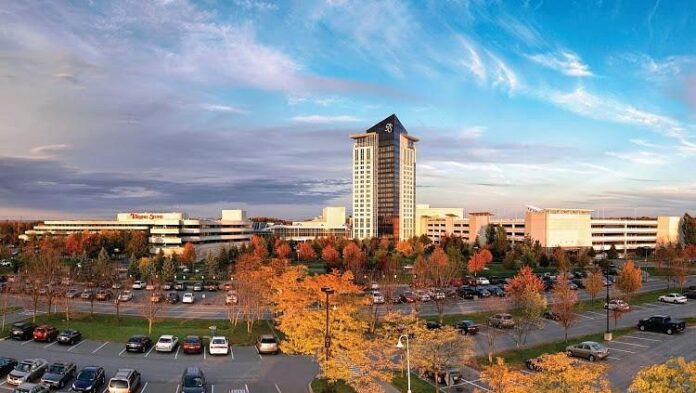 The WSOP Circuit is heading back to New York at the Turning Stone Resort Casino for 16 tournaments. WSOP Circuit stops will run from March 16-27, 2023

“We are thrilled to host the World Series of Poker again and to provide poker players from all over the country the opportunity to experience this iconic event,” said Ray Halbritter, Oneida Indian Nation Representative and Oneida Nation Enterprises CEO. “Thousands of people participated in our first WSOP, collectively winning more than $4 million, and with the addition of the ladies event this year and another Gold Ring up for grabs, it is guaranteed to be another historic tournament.”

The main event begins on Thursday, March 23, with a $1,700 buy-in and a $500,000 guaranteed prize pool. There will be one re-entry per flight, for a total of three starting flights. 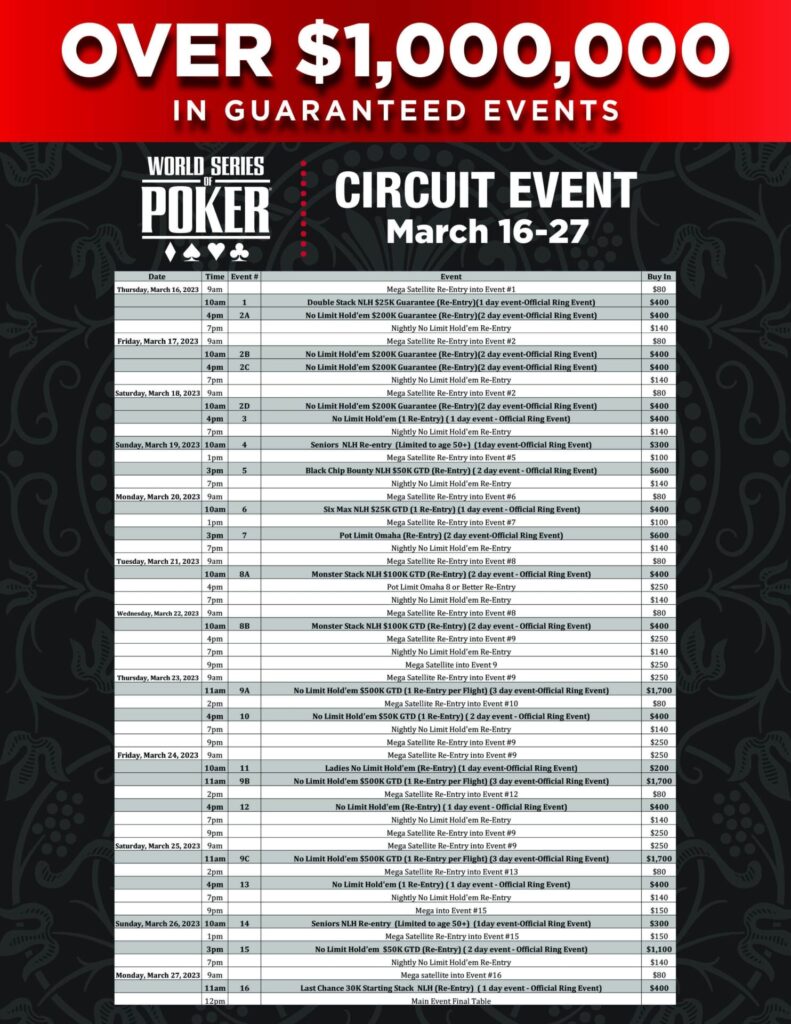 A kick-off no-limit hold’em event with a $400 buy-in and a $200,000 guaranteed prize pool begins on Thursday, March 16. There will be four starting flights in that tournament.

On Tuesday, March 21, the first of two starting flights of the popular Monster Stack event will begin with a $100 buy-in and a guaranteed prize pool of $100,000.

Some other fun tournaments included are the seniors event on March 19, with a black chip bounty event also running later that day. If you’re looking for some other forms of poker then Monday, March 20 is the day for you. A six-max no-limit hold’em event begins at 10 a.m. that day, with a pot-limit Omaha event to follow at 3 p.m. The ladies event will take place on March 24, and there will be a second seniors event running on March 26.

In addition to those events, there are mega satellites and nightly tournaments also included on the lineup. You can see the full schedule of events for the series right here.

Conveniently located 30 miles east of Syracuse at NYS Thruway exit 33, Turning Stone was named the #1 Best Overall Gaming Resort in New York by Casino Player Magazine and earned a record-breaking total of 30 Best of Gaming Awards for 2022, the most of any casino in New York. Visitors can also look forward to The Cove at Sylvan Beach, opening in May. The lakeside vacation rental destination is located about 20 minutes from Turning Stone and an hour south of The Adirondacks right on Oneida Lake, featuring 70 two- and three-bedroom cottages. 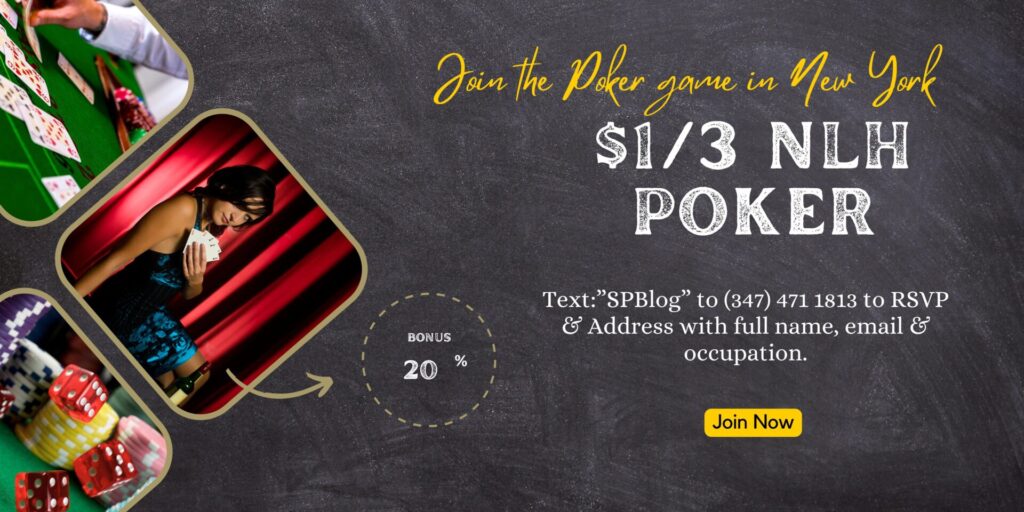