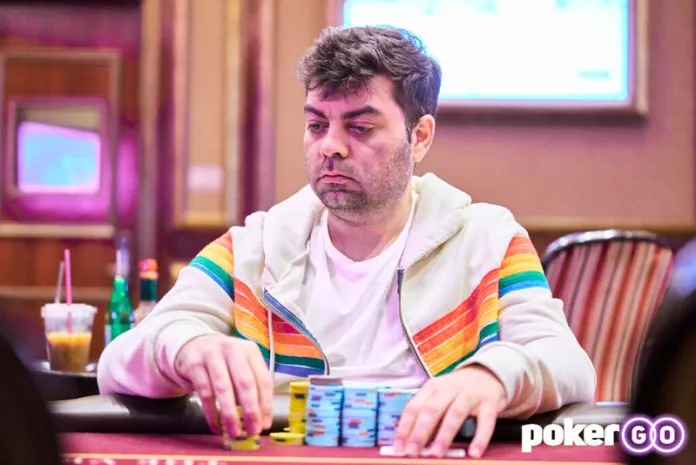 The PokerGO Tour has returned to Venetian Las Vegas this week for a trio of high roller no-limit hold’em events spread from May 5-7. The kickoff tournament featured a $10,000 buy-in, with a total of 34 entries made before registration was officially closed. The $340,000 prize pool was divvied up among the top five finishers, with the lion’s share going to eventual champion Vikenty Shegal.

Shegal is on an impressive run so far this year. This was his first title and eighth final-table finish of 2022, with $772,721 in earnings secured along the way. With 1,355 Card Player Player of the Year points, he is now ranked 57th in the 2022 POY race, which is sponsored by Global Poker. He also earned 136 PokerGO Tour points for the win, enough to see him move within reach of the top 30 in that points race.

Shegal knocked out Sam Soverl in seventh place, then eliminated Elvis Toomas on the money bubble to take extend his chip lead heading into five-handed action. His rampage continued when his flush beat the two pair of Daniel Colpys (5th – $23,800) to narrow the field to four.

Dylan Linde was the only other player besides Shegal to score a knockout inside the money. His pocket nines held against the J-9 of Alex Foxen, who flopped a straight draw and turned a flush draw. Linde flopped bottom set, and improved to a full house on the river to send Foxen home with $37,400. This was Foxen’s 12th final-table finish of the year, with more than $1.6 million in POY earnings accrued thus far. As a result of his impressive consistency, he now sits in sixth place in the POY standings and fifth on the PGT leaderboard.

Isaac Kempton was the next to fall. The Wynn Millions main event runner-up and recent PGT Heads-Up Showdown semi-finalist four-bet shoved with A-3 suited, only to run into the pocket jacks of Shegal. The big pair held up to see Kempton finish third for $54,500 and 150 POY points. He is now ranked fifth on the leaderboard and is fourth in the PGT race.

A preflop cooler brought this tournament to an end. Shegal limped in with 10Heart Suit10Club Suit and called Linde’s shove. Linde revealed pocket 9Diamond Suit9Club Suit. The board ran JDiamond Suit3Heart Suit2Heart Suit9Heart SuitQHeart Suit. Linde overtook the lead with a set on the turn, but Shegal backed into a flush to take down the pot and the title. Linde, a bracelet winner and World Poker Tour champion, earned $88,4000 as the runner-up.