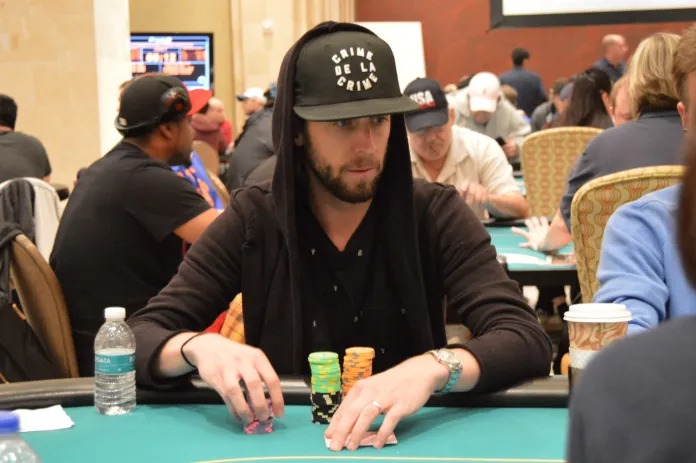 Pay off your poker debts, folks, or risk public shame. Nick Palma learned that the hard way after fellow pro Tim Reilly put him on blast on Twitter for allegedly refusing to pay back money owed from a backing agreement.

It’s sort of becoming a broken record. Investor sends a poker player with a questionable track record of bankroll management to enter tournaments, months later claims to have been scammed.

Reilly, a Massachusetts native with more than $1.7 million in lifetime live tournament winnings, shared a lengthy story on Twitter about his backing relationship with Palma, also a seven-figure tournament winner.

In his post, Reilly said he’s been backing Palma “for the better part” of the past year. He says he was “hesitant” at first to provide financial assistance but wanted to help a fellow poker pro who “needed help.”

The stake was small and online so I could keep track of it easily,” Reilly wrote. “It soon began to get bigger as he started playing things we hadn’t agreed on. I was upset but continued the stake after bumping heads (with Palma).”

Over a six-month period, Reilly claims Palma had racked up a “five-figure” makeup, meaning he owed his backer a significant amount of money from previous tournament losses. Many poker investors require a “makeup” payment as part of the backing deal. What this means is if, say, the arrangement is a “50/50 makeup deal,” and the player is given $5,000 for each of 5 tournaments ($25,000 total) but doesn’t cash in any event, the player owes the backer $25,000 out of future tournament profits.

So, let’s say Player A has a $25,000 makeup debt and then makes $50,000 in his next tournament, half of that money should be shipped to his backer. In Palma’s case, according to Reilly, the makeup wasn’t refunded.

Reilly didn’t say exactly how much money is owed.

Reilly claims Palma agreed to meet him in Montreal, site of the Partypoker Millions Live event, to settle his debt, but upon meeting was given an excuse that Palma didn’t want to travel with that much cash, so he would deposit to his bank account the next day.

According to Reilly, Palma fired four bullets at a $5,000 event during that trip with “80 percent of his own money.” Upon returning from Montreal, he paid back his investor $5,000 but still owes “a lot more” money.

Reilly also claims he’s spoken to other poker players who have been “scammed” by Palma. Alex Foxen, a Super High Roller winner in Macau earlier this year, claimed to be another “victim” of Palma.

“I still like to think that Nicky P was never malicious in his actions but may be naïve,” Foxen wrote on Twitter.