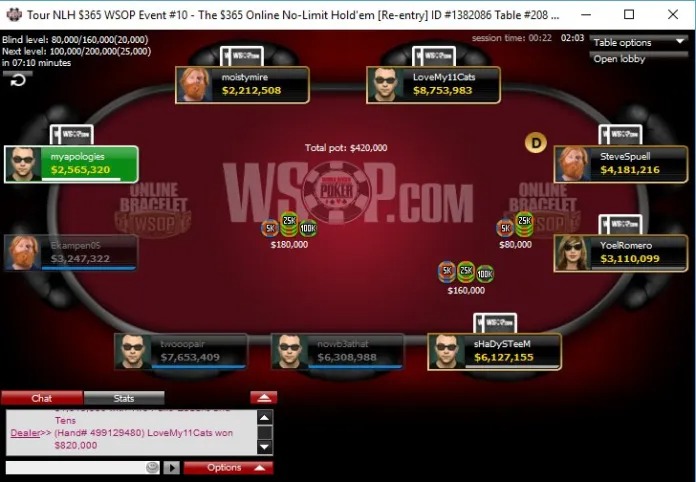 What does 12 hours and $365 get you in the poker world? These days, it can get you a gold World Series of Poker bracelet and a six-figure payday.

William Reymond, a French journalist who is currently writing a book about the Kennedy assassination, was one of 2,972 entries in the first of four online events this summer at the 2018 WSOP. The 47-year-old outlasted the largest online field in WSOPhistory to win his first career bracelet and the $154,995.

It was Reymond’s first WSOP cash. Playing under the name ‘twooopair,’ Reymond sealed his victory when his 10Diamond Suit9Diamond Suit made a full house against the KSpade Suit3Spade Suit of Shawn ‘sHaDySTeeM’ Stroke.

There are three more online events on this summer’s WSOP schedule, which is open to players not only in Nevada, but also Delaware and New Jersey. A $565 six-handed pot-limit Omaha event takes place on June 22, and the $1,000 no-limit hold’em championship takes place June 29. The final online eent is a $3,200 high roller on June 30.