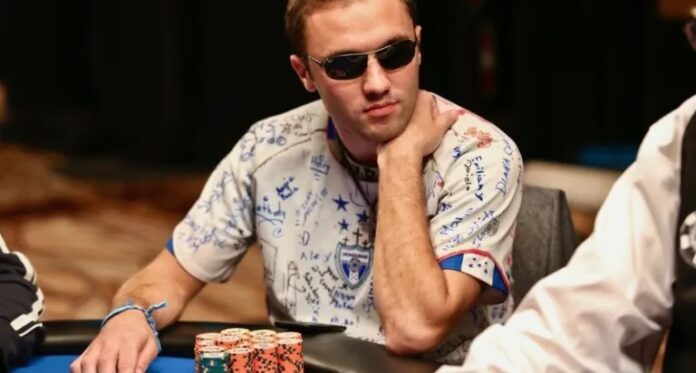 Nick Maimone defeated a field of 1,438 total entries in the 2020 World Series of Poker Online $1,500 buy-in no-limit hold’em ‘Marathon’ event to win the top prize of $302,472. The American poker pro was well known in online poker circles during the boom years of the mid 2000’s, playing under the screen name ‘FU_15’. He has also had plenty of live tournament success, accruing more than $2.1 million in scores prior to winning this event. While he has won 11 live tournament titles and countless more online, this latest victory earned him his first WSOP gold bracelet.

The final table began with Ermo Kosk sitting in the chip lead, with Erik Lemarquand and Nikolay Motsenko sitting on the next-largest stacks. Maimone sat in sixth chip position when action resumed. Bert Stevens was the first to fall. He ran K-Q into the pocket aces of Motsenko and failed to improve, earning $24,190 as the ninth-place finisher.

Despite entereing the final table with the second largest stack, Erik Lemarquand was the next to hit the rail. He ultimately got the last of his chips in with 10Spade Suit9Spade Suit on a 9Club Suit5Heart Suit3Heart Suit flop and found himself at risk facing the KSpade SuitKHeart Suit of Motsenko. The turn and river brought no help and Lemarquand was knocked out in eighth place ($33,334).

Murilo Nascimento got all-in with QDiamond SuitQClub Suit and was up against the 10Heart Suit8Heart Suit of Ermo Kosk. The KDiamond SuitQHeart SuitJHeart Suit flop gave Nascimento middle set while Kosk picked up both a flush draw and an open-ended straight draw. The AClub Suit on the turn gave Kosk the lead by filling his straight, which held up on the 7Spade Suit river. Mascimento cashed for $45,933 as the seventh-place finisher.

Kosk lost a flip shortly after that to fall out of the chip lead. He then found himself on the wrong end of a cooler, getting all-in with pocket tens against the pocket aces of Giovani Torre. The larger pair held and Kosk was left as the shortest stack. He was eliminated not long after when he ran Q-7 offsuit into the pocket kings of Maimone. Kosk earned $63,295 for his sixth-place showing.

Sebastian Sikorski’s run in this event came to an end when his ADiamond Suit2Diamond Suit came up against the AHeart SuitKHeart Suit of Diego Bittar. The superior kicker played by the river and Sikorski was knocked out in fifth place ($87,219).

Maimone earned his second knockout at the final table with QHeart SuitQClub Suit, which held up against the AHeart SuitJDiamond Suit of Nikolay Motsenko after all of the chips went in preflop. Motsenko settled for $120,186 as the fourth-place finisher. Maimone moved into the chip lead after the hand.

Giovani Torre called off the last of his stack with KDiamond Suit9Spade Suit from the big blind and was ahead of the QSpade Suit6Heart Suit of Maimone, who had shoved from the small blind. The QClub Suit4Spade Suit4Diamond Suit8Heart SuitASpade Suit runout gave Maimone the best hand, though, and Torre was eliminated in third place ($165,613).

With that Maimome took a slight lead into heads-up play against Diego Bittar. He was able to extend his advantage to roughly a 5:2 chip lead after winning a big pot with a straight against the two pair of Bittar. In the final hand Bittar limped in from the button with AClub Suit5Diamond Suit and then called all-in when Maimome shoved from the big blind with the KSpade Suit8Heart Suit. The board came down KHeart Suit10Heart Suit6Diamond Suit6Spade SuitJDiamond Suit and Bittar was knocked out as the runner-up ($228,212).