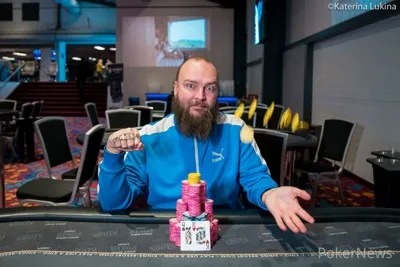 Thirteen full hours were required for Occasion # 7: EUR1,100 Turbo Bounty Hunter No-Limit Hold ’em to complete below at King’s Hotel for the 2019 World Series of Poker Europe. Czech Republic’s Tomas Fara handled to finish a sensational resurgence from just one huge callous win his initial gold bracelet along with EUR59,904 in cash prize plus the bounties.

To attain this, Fara needed to get rid of a number of heavyweights in the final table such as German money player Manig Loeser and bracelet winners Anson Tsang as well as Phil Hui. Shaun Deeb completed in 13th area, sufficient to take control of the leading area from Robert Campbell in the hotly-contested 2019 WSOP Player of the Year race.

For Fara, his bracelet dream seemed all but over after taking a big hit to his stack by losing ace-king versus Loeser’s ace-queen when a queen hit the flop, and the Czech was left with just one big blind. However, he still had a chip and a chair, and after escaping with pocket fours against pocket tens, as well as hitting with ten-six against pocket eights, Fara was right back in it. Those eights belonged to bracelet winner Anson Tsang, who was left with five bigs after that hand and shortly busted after.

Fara then sent Elyashar to the rail by winning fives against king-ten to complete the comeback. Three-handed, it was Loeser who took the lead after holding with queens in a big pot, possessing over 50% of the chips in play at one point. But with the rapidly escalating blinds, Loeser dropped back after losing several all ins and ultimately ended up in third after shoving queen-jack in Fara’s ace-deuce and not improving.

Heads-up, Fara started with a commanding lead of over 3:1 and ended it in five hands. In the final hand, Fara shoved with king-queen and Muratovic called with ten-eight. The board drew blanks for the Bosnian and Fara comeback his miracle comeback from one big blind to with the WSOP bracelet.