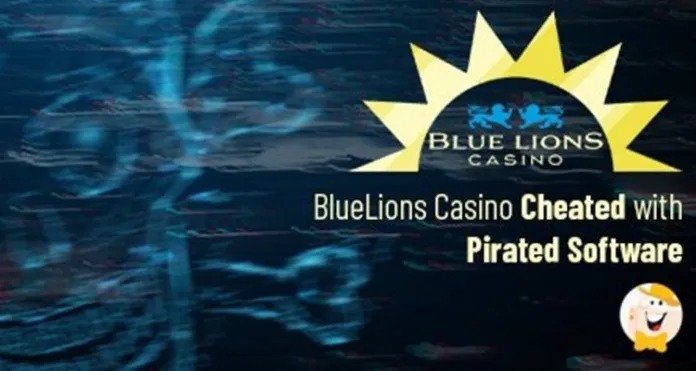 Late last year, the LCB Team was investigating Play7777, as the online casino had been found to be using fake games. During the investigation, the team was able to discover another site owned by the same company, WOG Network N.V., was also showing suspicious activity. Because the two sites were affiliated, LCB did some digging and found that the platform of BlueLions is fake, with pirated software being used to provide gaming for members.

The video slots of BlueLions were found to be completely fake, after an investigation into the gaming options of the brand. The games are visually exact copies of the original games on offer, but they are hosted on a pirated domain. This was the only clue that LCB had to determine the real source of the content. The team inspected the codes and were able to say that the casino is NOT one to be trusted. The team knows just how to look for discrepancies to determine if an online casino is participating in unethical activity.

There is not a single game at the BlueLions site that is authentic. The platform is quite large, and the team was able to determine that several software companies were listed as providers for the site, though the games were fake. Such providers include: Merkur Gaming, Ainsworth, Net Entertainment, Quickspin, Playtech and more.

The site was able to determine that Quickspin slots were being hosted by a private CDN server and Merkur Gaming content were coming from a site known as skillgame365. The unfamiliar domains are a sure sign that the games are fake and that BlueLions is not to be trusted, along with Play7777.

Our sister site focuses on helping gamblers stay abreast of all rogue casinos currently in operation. In their News section, Casino Warnings & Rogue Reports, readers can easily find more information on predatory sites, along with tips and tricks to help spot operators that are not licensed, to avoid being cheated by unscrupulous practices. Stay safe while online by choosing only sites that are trustworthy and reputable.