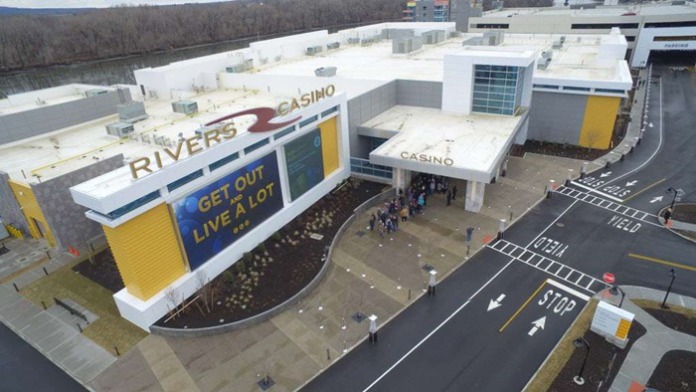 Since opening its doors to the public for the first time on February 7, 2017, Rivers Casino & Resort Schenectady has paid out more than $50,000,000 in jackpots to visitors.

According to the press release…

Commenting on the milestone-making jackpot, Rivers Casino & Resort Schenectady General Manager, Robert Long, said, “It’s exciting when any jackpot is hit, but reaching a milestone this big is definitely a great celebration.”

He added, that they offer their players a wide variety of slot machines and based on their feedback are constantly adding new machines to the gaming floor.

In August, the LEED-certified, full-service casino saw its best revenue month ever since its opening last year in February, having reported $14,412,387 million in gross gaming revenue on $132.7 million gambled, according to the New York State Gaming Commission.

In May this year, Rivers Casino & Resort Schenectady announced that visitors to the facility would be able to partake in live-on-site horse betting courtesy of its recently-formed partnership with Capital Off-Track Betting, making it New York’s first and only casino to do so. The move is expected to attract new guests to the casino and resort and also bring in added tax revenue to the city’s coffers and the surrounding area.