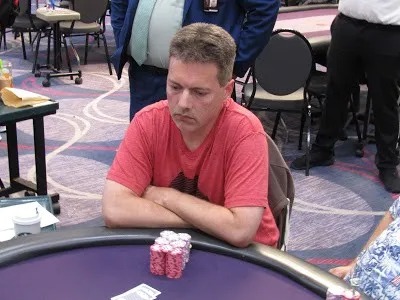 The WPT500 Los Angeles in entering its closing stage after nine days of quality poker action at The Bicycle Casino in the Los Angeles area. The $570 buy-in tournament drew a field of 2,509 warriors, all eyeing the first-place prize and the accolades that accompany a champion. However, there are just nine of them left in contention and it is a matter of hours before it becomes clear who will be the one to claim the title.

The massive field of the event was generated through sixteen starting flights, played over eight days. This was the largest WPT500 tournament in terms of flights featured. The event offered a guaranteed prize pool of $1 million, but the guarantee was eventually crushed to reach $1,254,500. Each of the nine remaining contenders is guaranteed a minimum payout of $17,790. And the winner will take home a nice cash prize of $181,950 and the tournament trophy.

The nine hopefuls are set to resume action at the Live At The Bike studio located inside the host casino. Nine-handed play will commence at 1 pm local time and the remaining contenders will play down to a winner. It is also important to note that action will resume from Level 33 with blinds at 100,000-200,000.

Day 2 of the event was played Sunday at The Bike. Play commenced with 124 players and lasted until WPT regular Minh Nguyen was eliminated in 10th place for $17,790 in prize money. The player hit the rail after failing to hold up against Michael Copeland. As for Copeland, the chips he collected from Nguyen helped him cement his lead.

The player bagged and tagged a massive stack at the end of the day and will thus lead the nine finalists into the final Day 3 with 19 million in chips. Copeland secured a big chip advantage over everyone else left in contention. The player was the only one of all nine to have passed the ten million mark. It is also important to note that Copeland’s stack is good for 95 big blinds.

Aaron Messmer with 4.725 million (24 big blinds), Jose Torres with 3.25 million (16 big blinds), Luke Nguyen with 2.755 million (14 big blinds), Travis Tachibana with 2.5 million (13 big blinds), Alexander Beleson with 2.25 million (11 big blinds), and Sanjay Mayekar with 1.875 million (9 big blinds) were the other players to make it through Day 2 of the tournament and secure a coveted seat into the nine-handed finale. As mentioned above, each and everyone of them has locked a minimum payout of $17,790, but the first-place prize will be what all of them will be vying for.