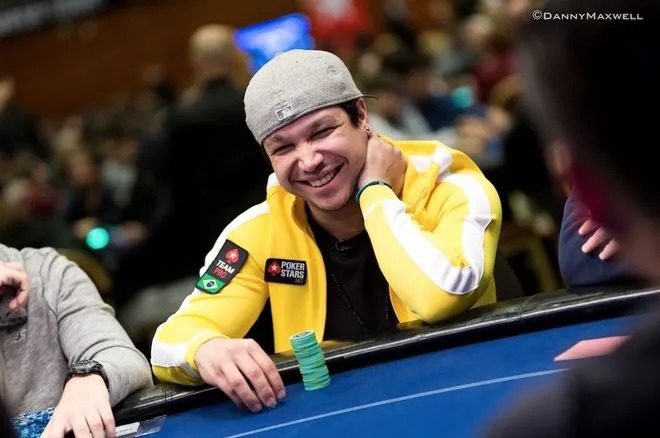 The check-raise is an important move in no-limit hold’em. The fact that check-raising is an especially aggressive play certainly makes it attractive to some players.

That said, the strategy involved when employing the check-raise successfully can be complicated, with new players in particular not always appreciating all of the factors that need to be in place in order to make the move work.

We caught up with Team PokerStars Pro Felipe Ramos at the PokerStars Championship Bahamas series this week to talk about check-raising, and he picked a hand from the European Poker Tour Prague Main Event from last month to use as an illustration to help him discuss the move.

Ramos had a nice run in the EPT Prague Main Event, making it all of the way to 15th place out of a field of 1,192. The hand Ramos chose to discuss came after the cash bubble burst when he was playing at the feature table.

From middle position Bonavena opened from 18,000 (a bit over 2x) and Ramos called from the big blind.

, and after checking Ramos watched as Bonavena continued for 28,000.

As Ramos explains, the situation, stack sizes, and board texture all suggest this to be a good spot for him to check-raise — regardless of Ramos’s hand, in fact.

However, as he points out, you don’t simply want to check-raise just because you think an opponent might be bluffing. There are multiple reasons for check-raising, and you want to think about and decide if any of them apply before you do.

Listen to Ramos explain these points and see as well how he played the particular hand with Ramos: