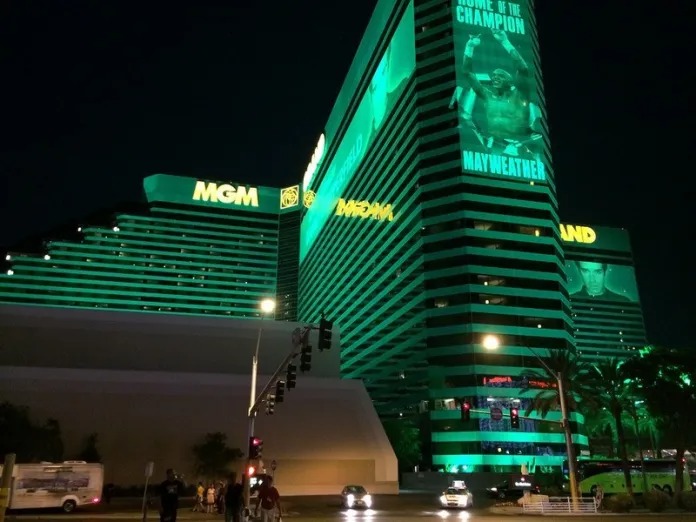 MGM Resorts and Isle of Man-based GVC Holdings on Monday announced the establishment of a 50-50 joint venture to create a sports betting and online gaming platform in the United States.

The venture calls for an initial $100 million investment from both companies separately, according to a press release. The companies said the plan was to launch the joint venture in time for the upcoming NFL football season, the most popular sport for betting in America.

The companies are seeking to “revolutionize the world of sports betting and online gaming in the United States,” they said in the news release.

“We are proud to join forces with GVC, the largest and most dynamic global online betting operator, with existing reputable and trusted operations in the U.S.,” said Jim Murren, Chairman and CEO of MGM Resorts. “With MGM Resorts’ expertise and leading position in key markets across the U.S., this historic partnership will be positioned to become the instant leader in technology, market access, sports relationships and brands.”

“Together, we are creating a one-of-a-kind platform that we expect will dominate the U.S. sports betting market,” he added. The press release itself was a bit more timid than Murren’s comments. The companies seek to be “well-positioned to capture meaningful market share.”

Around 20 states have so far made at least some gesture toward sports betting in the wake of the U.S. Supreme Court’s mid-May ruling. The SCOTUS decision allowed traditional sports betting outside of Nevada. Whether it’s through a state-by-state patchwork or under a federal bill, sports betting is set to rapidly proliferate.

In addition to Nevada, just Delaware and New Jersey have launched sports betting. Mississippi casinos are expected to begin next month, while Pennsylvania could go live by year’s end. Assuming about 30 states have sports betting, the U.S. market is expected to grow to as much as $6 billion by 2023, according to research group Eilers & Krejcik Gaming.

Prior to the sports betting venture, MGM and GVC have had an existing relationship for online casino gaming and poker in the Garden State. GVC, which has been licensed there since 2016, owns the following brands: bwin, Coral, Crystalbet, Eurobet, Ladbrokes, Sportingbet, CasinoClub, Foxy Bingo, Gala, Gioco Digitale, PartyCasino and partypoker.

GVC also has more than 3,500 betting shops around the United Kingdom.