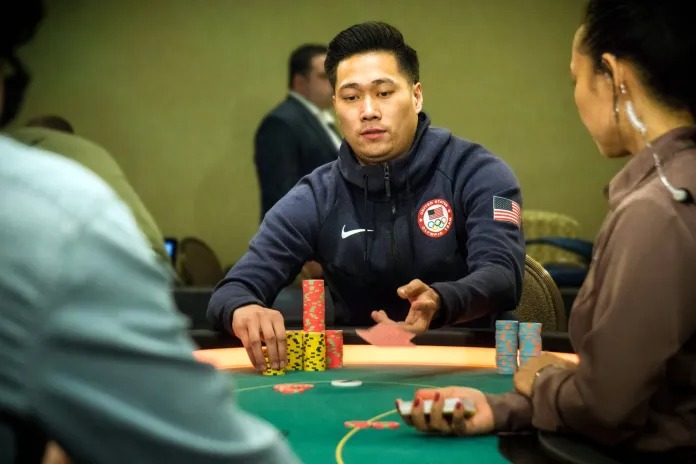 The WPT Gardens $5,000 Main Event final table was set early today after a long Day 4 of the tournament. Six players are set to return later today at the host venue, the Gardens Casino in Hawaiian Gardens, Southern California, to play down to a champion.

The winner will take home a nice payout of $565,055, including a $15,000 seat into the season-ending WPT Tournament of Champions, and a brand new Mercedes-Benz SLC Roadster worth over $50,000.

Simon Lam is leading the final pack of six players after the fourth day of play. The overnight chip leader had accumulated a stack of 6.155 million by the end of Day 4 action to pack with a considerable advantage over his fellow contenders for the title. Popular poker pro Jake Schindler bagged the second largest stack, good for 4.45 million.

This will be Lam’s second WPT Main Tour Main Event final table. Back in 2016, the player finished 4th in the $3,500 buy-in WPT Borgata Poker Open Main Event, good for his best live tournament cash of $250,970. Overall, Lam has nearly $1.4 million in earnings from various live tournaments.

Day 4 of the WPT Gardens Main Event kicked off with 46 hopefuls still in contention. Saya Ono was leading the survivors. While the local player failed to keep her lead throughout the day, she managed to secure her spot at the official final table. She currently occupies the fifth spot in the temporary leaderboard with a stack of 3.445 million, good for 57 big blinds. In other words, even though she stands near the bottom of the chip counts chart, she is still running pretty deep.

The Day 4 hopefuls first played to the unofficial final table of nine. Men Nguyen was holding the largest chip stack when that stage of the game was reached with 3.635 million. The remaining nine survivors were then relocated to a single table. It took 98 hands of play for the official six-handed final table to be reached.

Nguyen maintained quite some momentum halfway through those 98 hands. However, to everyone’s surprise the player fell asleep at the table and spent more than 20 hands in that state. He eventually woke up, but Lam was already gaining momentum by that time and was eying the top of the leaderboard.

Despite his unexpected nap, Nguyen made it to the official final table with the third largest stack among the remaining survivors. The player will enter the final day of action with 3.935 million or 66 big blinds.

Aside from the chip leader, Lam, Schindler, Nguyen, and Ono, Jared Griener with 3.875 million and Craig Varnell with 1.955 million were the other two players to make it to the tournament’s official final table.

Six-handed action is slated to kick off today at 4 pm local time at the host venue. The hopefuls will play down to a champion. Each of them is guaranteed a minimum cash of $115,885.