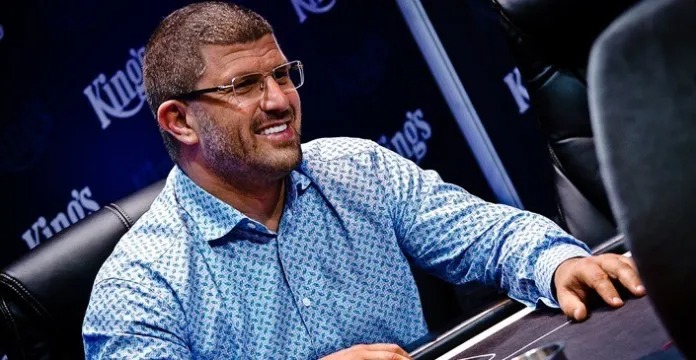 We are more used to seeing him in massive live cash games, but Kings Casino boss Leon Tsoukernik proved he had some serious online game yesterday when he took down the partypoker POWERFEST Super High Roller title and $207,978…

Congratulations to Leon Tsoukernik of @PokerroomKings who won yesterday's #POWERFEST Championship Event for almost $210,000, topping a star-studded field. Check out this and the other big results from Day 3 via this link: https://t.co/DaBBDnlEjh 18+|Play responsibly|begambleaware pic.twitter.com/2AmkCUJKeU

The high-rolling, sometimes controversial, multi-millionaire casino impresario emerged ahead of a field of 204 entrants to scoop the top prize in the $5200 buy-in event, part of partypoker’s $60million guaranteed, 670-event POWERFEST series which runs until September 23rd…

Competition time! Let us know how many weeks the $60 million #POWERFEST runs for and we'll put you in a draw to win a $27.50 ticket! Schedule via the link, 18+, must have a real money account, one ticket to be won, winner chosen at 14:00 CET on Sep. 3. https://t.co/Z2zwRutsn2 pic.twitter.com/WHZIeivLs2

Speaking to HighStakesDB today, the Russian-born Czech explained that it was only his second-ever online tournament, stating: “I’m so proud” after playing “a very tough 11 hours” from across the border in Germany – partypoker not yet available in Czech, although plans are apparently afoot to change that.

Tsoukernik is well-known for his loose aggressive style in live cash games and tournaments, recently taking down the Velden ‘EM Super High Roller title in Austria after firing 7 bullets in the €25k buy-in event – the final one eventually working as he walked off with the €370,000 ($432,819) first prize… although his online win required only one bullet.

At the POWERFEST Super High Roller final table yesterday he fended off the challenges of a host of big names in the online world, ‘mczhang’ falling in 6th spot and ‘Chelsea72’ departing in 3rd for a $100k+ score.

Heads-up saw Tsoukernik topple ‘helicopterben82’, the latter having to content himself with the none-too-shabby $150,960 runner-up prize, while Leon can now look forward to the upcoming WSOP Europe at his casino in Rozvadov with a few extra $$$ in his pocket…