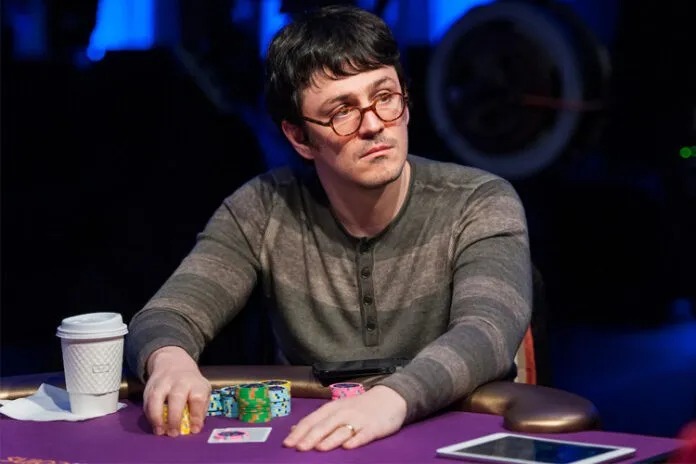 It was the tenth time Haxton reached a GGPoker Super MILLION$ final table in the history of the tournament and his 13th cash of the current season. The high-rolling reg entered the day in the middle of the pack, fifth in chips. But Haxton leveraged his extensive experience (and some good fortune) to climb to the top of the chip counts and assume a commanding chip lead that he never relinquished.

In addition to Haxton, this week’s final table field was packed with star power including Wiktor ‘Limitless’ Malinowski, last week’s runner-up Pablo Brito Silva, and Mikita Badziakouski, who started the day as the overall chip leader.

Roughly 20 minutes later, Pablo Brito Silva opened from under the gun to 120,000 holding the Ah3h and Haxton, in the cutoff, looked down at the KhKs and opted just to call. In the small blind ‘VSMPZD’ picked up AcQc and moved all-in for just over $1.2 million. Silva got out of the way and Haxton snap-called with his kings. The 5d2h2c8dJd never gave Haxton’s pocket kings a sweat as he took down the 2.7 million chip pot and ‘VSMPZD’ was eliminated in eighth place for $72,759.

With the blinds at 35,000/70,000 (8,500 ante) Wiktor ‘Limitless’ Malinowski was one of the two shortest stacks. From the cutoff he opened to 560,000 holding AsJh, leaving himself just over 1 big blind behind. In the small blind, Mikita Badziakouski shipped all-in with AdQs to isolate and when Konstantin Maslak folded their big blind, Malinowski committed the last of his stack. The flop came 7c6h4h giving no help to Malinowski save for a potential backdoor flush. The turn was the Qc, effectively ending the hand and leaving ‘Limitless’ drawing dead to the 2h river. Malinowski hit the rail in seventh place for $94,357.

Maslak opened the button to 480,000 holding Ac3s, with the blinds at 40,000/80,000 (10,000 ante), leaving himself with fewer than 10 big blinds behind. In the big blind, Haxton raised to more than 1.5 million with the AdJs, more than enough to put Maslak all-in. Maslak took just a couple of seconds and made the call with his tournament on the line. The flop came KdJc3h bringing Haxton middle pair and Maslak bottom pair, leaving him with just two outs to survive. However, the turn came the 4c and the river was the 9d sending Maslak off in sixth place for $122,366.

Right after the first break, ‘joyeux’ who had been nursing a short stack for the better part of an hour, took his shot to get back in the game. Nasman opened from middle position to 176,000 with the KhQc and Badziakouski called from the small blind with the As4s. Then ‘joyeux’ clicked all-in for just over 1 million with his 2h2c. Nasman took some time but eventually made the call which forced Badziakouski out of the pot. Nasman and ‘joyeux’ saw a flop of 7s6h3d, keeping the deuces ahead. But the turn came the Kc and all of a sudden ‘joyeux’ was searching for one of the final two deuces in the deck. The river came the 3s and ‘joyeux’, who started the day eighth in chips, laddered to a fifth-place finish and a $155,689 payday.

The final four battled for a number of levels until the blinds reached 70,000/140,000 (17,500 ante). On the button, Badziakouski opened to 294,000 with the AhKs with 3.2 million behind. Haxton, in the small blind, three-bet ripped his 7.3 million stack with the KdTd and when the action got back to Badziakouski, he made the call, creating a massive pot of 7.2 million. The QhTc7h flop put Haxton in the lead. The 6c turn changed nothing and when the 7s river fell, Badziakouski was officially done in fourth place and collected $205,795.

Haxton started three-handed play with a two-to-one chip advantage over both Nasman and Silva. Twenty-five minutes passed and the blinds crept up to 100,000/200,000 (25,000 ante). After Silva folded the button, Haxton called from the small blind with the 9s7s and Nasman, who in the big blind picked up KsKd, raised to 600,000. Haxton made the call and the pair saw a flop of 8c5d3s. Haxton checked it over to Nasman, who bet 418,750. Haxton quickly check-raised to 937,500 and Nasman made the call. The turn was the 2s keeping Nasman in charge but offering Haxton backdoor flush opportunities. Haxton then open-shoved for more than 9 million and Nasman called for it all, ahead with his kings. Unfortunately, for Nasman, the river came the 8s, giving the flush and the hand to Haxton. Nasman finished in third place, which was good for $266,883.

Haxton had Silva outchipped three-to-one when heads-up play started. But Silva didn’t give in so easily. The pair fought for nearly 45 minutes and Silva nearly took the chip lead a number of times. But in the end, Haxton wore down the Brazilian. On the final hand, from the button, Haxton shipped his stack with the 3d3c and Silva called for his final 3.1 million with AhQc. The flop came Th9d5d keeping Haxton’s pocket threes ahead. And that pair held through the 2h turn and Kd river, ending Silva’s comeback bid and sending him home in second place for the second week in a row. Silva collected $346,104 for his efforts and Haxton scored his second career Super MILLION$ victory and $448,842.