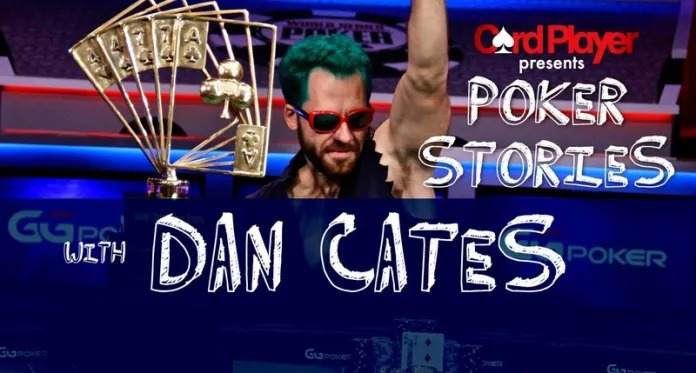 Dan Cates discovered poker in high school, and wasted no time immersing himself in the game online. By the time he dropped out of college, the man known as ‘jungleman12’ had already risen to the highest stakes and won millions against some of the top players in the world. According to HighStakesDB.com, Cates is one of the biggest high-stakes online cash game earners of all time.

As it turns out, the Maryland native has also been a big winner on the live tournament circuit. In 2014, he finished runner-up in the €100,000 EPT Grand Final high roller for $1.7 million, and in 2019 he pocketed a combined $2.65 million in the Triton Super High Roller series. Last fall, the 32-year-old broke through at the World Series of Poker, picking up his first bracelet and $954,020 in the prestigious $50,000 buy-in Poker Players Championship. He now has nearly $10 million in live tournament earnings.

Highlights from this interview include climbing Mount Kilimanjaro, high school scrap paper games, building a bankroll at McDonald’s, quitting his college Game Theory course, getting trash talked by his grandma, rebuilding after a massive loss, calling his shot at the WSOP, bracelet or necklace?, final table cosplay, his ongoing “feud” with Phil Galfond, Jesus and Moses’ old stomping grounds, Safariman12, karma and morality, shrugging off a HKD$200 million pot, fitness prop bets with ElkY, the 72-hour session, and where he ranks himself among his peers.