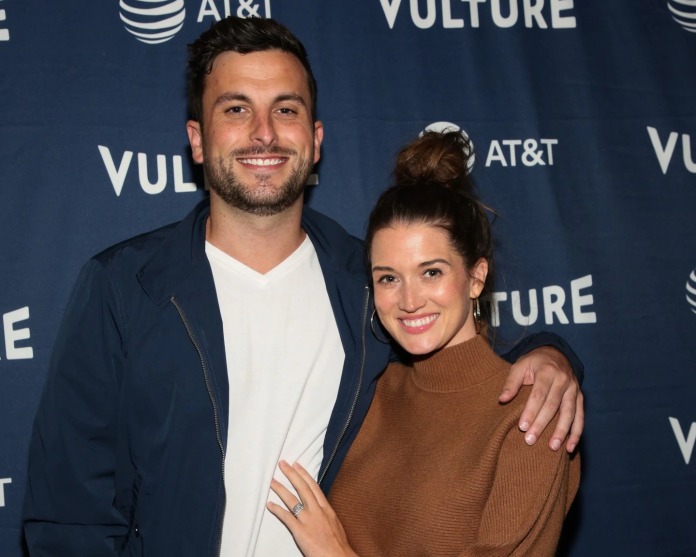 A reality television star won $1 million in a daily fantasy sports contest on DraftKings over the weekend.

The first round of the NFL playoffs wrapped up on Sunday evening when the Seattle Seahawks defeated the Philadelphia Eagles. The Minnesota Vikings defeated the New Orleans Saints earlier in the day and DraftKings ran an event that awarded seven figures to the eventual winner of the two-game slate.

Former Bachelor contestant Jade Roper Tolbert bested the field and earned the massive payday. In her winning lineup, Roper Tolbert rostered Seattle wide receiver DK Metcalf, who scored 32 points for her squad thanks to 160 yards and a touchdown. It was the most of any player from either game that day.

After being recognized by other competitors at the top of the leaderboard, she took to Twitter to joke that her husband, Tanner Tolbert, who she met on the reality television show, told her to leave Metcalf off the roster.

But some in the daily fantasy sports world are accusing the couple of foul play. Both Roper Tolbert and her husband entered the maximum amount of entries into the contest. Each player was allowed up to 150 entries.

Throughout the 300 combined entries, there was very little overlap between players taken, which is leading other contestants to believe the couple colluded with one another in order to give themselves a better shot of taking home the massive first-place money at stake.

This practice is strictly against the rules in DraftKings contests.

In a contest that only features two games, there are fewer possible combinations of players on each roster. Collusion to this extent would give them a bigger advantage in this format than if it was during the regular season with a full schedule of games.

DFS legend Peter Jennings was initially psyched that the reality star won the event, tweeting that “anyone who is salty on twitter should stop being jealous.” Jennings, who has won millions playing fantasy sports, was initially pumped that the publicity around the winner would bring some positive hype to the industry.

After seeing how little overlap there was between rosters and the increased likelihood of collusion, Jennings changed his tune.

Others on Twitter have noted that neither person, before Sunday, had any sports posts on any of their respective social media platforms.

DraftKings has yet to issue a statement about the situation.

The Boston-based company has a history creating controversy at the start of the New Year. Nearly a year ago to the day, Randy Lee won $1 million at the DraftKings Sports Betting National Championship in New Jersey when thanks to a software glitch, some players were not able to place a bet on the final game of the weekend.