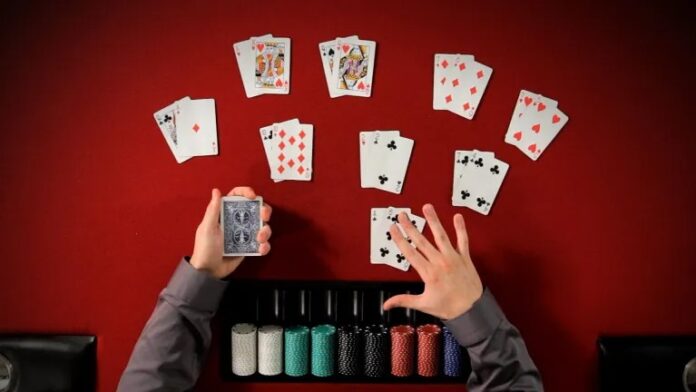 Texas Hold’em is easy game to learn but a tougher game to master. In case you’re new to Texas Hold’em, understanding the best hands and making sense of what beats what can appear a bit scary at first. And you probably don’t want to let your opponents fill you in.

Here’s a study manual for the best 10 hands you might be lucky enough to call yours.

2. King-King: Pair of kings is the second best Hold’em hand, also known as “cowboys” or “King Kong. Two kings or “cowboys” are only dominated by aces. Pocket Kings is still incredibly strong and it should win you a good chunk of change.

4. Ace-King: Ace-king is the fourth best starting hand for Texas Hold ‘Em. A suited ace-king is also known as “big slick,” where people start to disagree. This hand is often nicknamed ‘Anna Kournikova’ by recreational players. It’s pretty to look at but doesn’t win as much as you think it should.

5. Jack-Jack: A pair of jacks is also known as “hooks” or “fishhooks”. Pocket jacks are the 5th best starting hand in Texas Hold’em, the odds of being dealt pocket jacks are 1 in 220.

6. Ace-Queen: Ace-queen is the second best drawing hand. Ace-queen is also known as “big chick,” or “little slick,”. The nicknames were given to a pocket ace-queen, is best sixth starting hand for Texas Hold ‘Em. When it’s suited, it will win about 20 percent of the time. However, with ace-queen, you have the chance to hit top pair and out-kicked by ace-king, a spot that has claimed the stack of many poker players.

7. King-Queen: King-queen is a great drawing hand that is only afraid of an Ace falling on the board, especially when it’s suited. A suited royal couple, king-queen is the seventh best starting hand for Texas Hold ‘Em.

8. Ace-Jack: Ace-jack is another great drawing hand. A suited Ace-jack is always better but unsuited is still playable. The nickname of Ace-jack is “blackjack”, and sometimes called “Ajax,” the ace-jack is the eighth best starting hand for Texas Hold ‘Em.

9. King-Jack: King-jack is a fine hand to play, particularly in later positions. In any case, it can be beaten by any of the hands recorded above and should be folded to big raises. Statistically, when it’s suited it will win just under 19% of the time, but when it’s unsuited that drops to just 15%.

10. Ace-Ten: Ace-ten is still a decent hand to play. You have the ace and you can make a straight if the miracle J-Q-K falls on the board. But be careful about playing it too strongly, particularly unsuited. You may be out-kicked if all you end up with is a pair of aces.