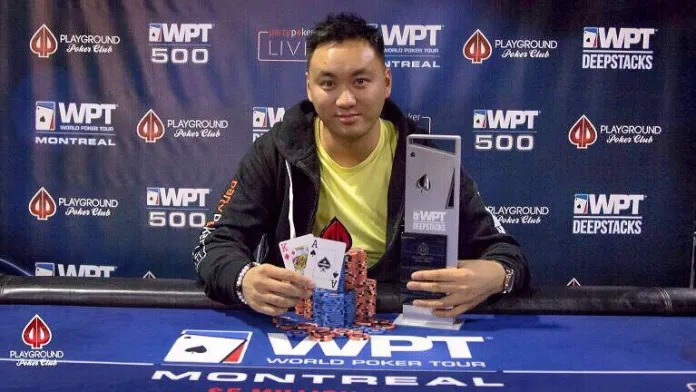 The WPTDeepStacks series is back to Grand Casino Brussels Viage in the capital of Belgium for another thrilling poker festival. The €1,200 Main Event is under way now and the first of its three starting flights was completed yesterday at the host casino.

Day 1A saw 144 entrants jump into action, all vying to secure a seat into Day 2 and then advance further into the tournament. Two more starting flights are to be played within the schedule of the Main Event, both of which will take place later today at the host casino.

Of all 144 competitors who registered during the opening flight, there were only 49 to survive all twelve levels played yesterday.

Mehdi Merai bagged and tagged the largest stack at the end of the day, good for 276,500 in chips. The player is looking to score his first cash from the World Poker Tour. He has two previous in-the-money finishes from live tournaments, the most recent of which he collected this past spring when he finished third in the Winamax SISMIX Main Event in Marrakech. The player took home the amount of $54,125 for his efforts.

Andrea Ricci with 250,000 and Vincent Londez with 227,500 rounded out top three of the temporary leaderboard after Day 1A of the tournament. And Michael Gathy with 190,000 and Bruno Soutavong with 184,000 completed the top five of the chip counts chart.

Other Notables in Contention

Dutchman Rens Feenstra, who topped the field of the WPT Amsterdam Main Event this past spring, was also among the players to secure a seat into Day 2. However, he will not enjoy an easy start of the next stage of the tournament as he only bagged 25,500last night.

There were also a number of notables who entered the Main Event yesterday but could not make it through all twelve events. WPTDeepStacks Vilamoura champ Jimmy Livramento, reigning WPTDeepStacks Player of the Year Tobias Peters, and Joris Ruijs were among those to exit the tournament on Day 1A.

However, they still have chance to advance into Day 2 as Day 1B is about to kick off at the host casino. Action starts at 2 pm local time. There will also be an additional starting flight to take place today. Day 1C is slated to begin at 10 pm local time, but it will feature a turbo structure to give interested players one last chance to secure a spot into Day 2.

Greece’s Ioannis Angelou-Konstas  won the latest edition of the WPTDeepStacks Brussels Main Event. The player bested a field of 315 this past spring for a first-place prize of €75,000. Angelou-Konstas has one more title from the poker series. Last October, he took down the WPTDeepStacks Main Event in the Netherlands for €56,806 in prize money. Most recently, the Greek player celebrated his triumph in the £5,300 buy-in partypoker MILLIONS Dusk Till Down Main Event for his career’s largest prize of £940,000.