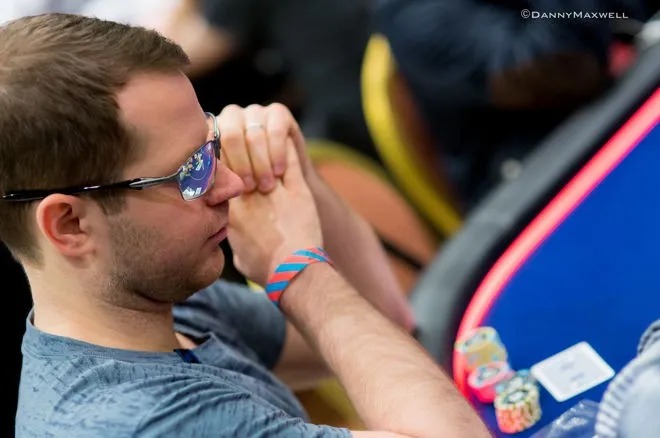 We are staying with the same World Series of Poker event from last year for this week’s hand analysis, another one from Event #25: $5,000 No-Limit Hold’em Eight Handed, a tournament I managed to final table.

The first three hands we’ve discussed all came from the first day of the event, while this one happened on Day 2 during Level 14 (1,200/2,400/400). At this point we were nearing the bubble, which usually means players with middle and short stacks tighten up.

Even though I found a strong hand in {10-Hearts}{10-Spades}, I decided to proceed cautiously here when facing an early position raise from an unknown 35-year-old opponent playing a relatively short stack.

It is important to realize when you can happily pile your stack in with pocket tens and when you should take the conservative route. As you’ll see, I took the latter approach in this hand — deciding to protect my stack rather than look to maximize value — and even though I lost the pot, it wasn’t too costly. Take a look:

Could I have done anything differently in this hand? How would you have played it? Did my opponent play the hand well or might he have done anything to get more chips? Let me know your thoughts in a comment below. Source: Pokernews.com