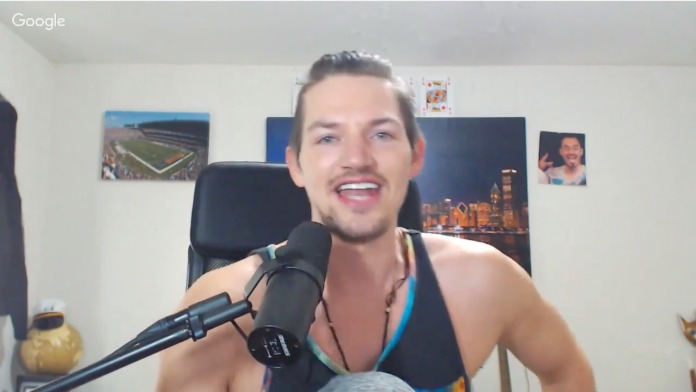 Pot-limit Omaha enthusiast Joe Ingram may soon settle a year-long dispute with the CEO of Americas Cardroom. Or, maybe not. The popular podcaster will have Phil Nagy on his YouTube show April 29 to discuss concerns over bots flooding ACR.

Ingram has long accused ACR of refusing to eliminate the bots and colluding players. He claims bots flood the PLO cash games and many real players collude to create unfair games.

Nagy has always disagreed with the podcaster until recently when he admitted his site has a bot problem. But there’s no doubt the two have some bad blood to resolve or the interview could get vile.

‘Steps in the Right Direction?’

Joe Ingram said in a recent YouTube video that he’s optimistic Nagy and ACR will take some “steps in the right direction” towards eliminating the bots. But he doesn’t know what to expect from the upcoming conversation.

Regardless of the outcome of the podcast, Ingram admitted in his video that he’s “excited” for the opportunity. He’s called out Nagy numerous times over the past year for refusing to take action. And he believes now is the time to put a stop to it.

Ingram built a spreadsheet of ACR players he claims are bots. He’ll likely share that list with Nagy on the podcast. The Americas Cardroom CEO recently said his company will reimburse those affected by the bots. He hasn’t said exactly how much money will be refunded, however.

Americas Cardroom isn’t the only poker site that has a problem with bots and collusion. But Ingram spends so much time criticizing Nagy’s site because it is one of the few busy US-facing poker sites.

In another Ingram podcast with Doug Polk on Thursday, a bot discussion came up. Polk suggested bots could eventually take over online poker sites.

PokerStars and others have taken steps to minimize cheating. And, hopefully, Phil Nagy will take the same precautions after his conversation with Joe Ingram.