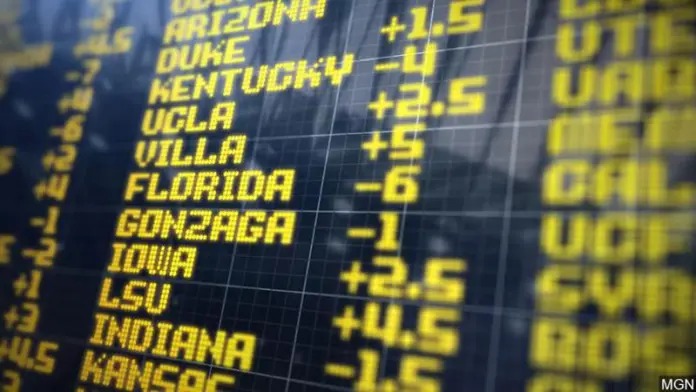 Anyone who has been following the sports betting issue in recent years will be aware of one important figure: $150 billion. That’s the amount the commercial casino industry says is bet each year on sports in America, with only about three percent happening through Nevada’s legal sports books. It was a key figure to publicize as the value of the existing black market.

The $150 billion is the handle, and not revenue. Revenue matters going forward because states looking to legalize sports betting will have the tax dollars on their minds.

Well over a majority of U.S. states have casinos, so capturing as much of that $150 billion worth of betting is the goal of the industry moving forward. Growing the handle is of course a priority as well. But what kind of revenue will be generated from the handle?

According to the most recent gaming revenue report issued by Nevada casino regulators, Silver State casinos retained 5.2 percent of the handle over the 12 months prior to April 1, 2018. Revenue was $258.6 million on just under $5 billion in bets.

The 5.2 hold percentage is consistent with Nevada sports betting history. The record hold percentage for a calendar year was 7.9 percent in 2006, according to data compiled by UNLV’s Center for Gaming Research. But that percentage was an anomaly.

The size of the U.S. sports betting market will depend on the number of states that have the activity. So far, around 20 states have made moves toward sports betting, with a handful of them already passing laws. Pennsylvania, New York and New Jersey will be among the early adopters.

According to a report from Bloomberg, Carlo Santarelli, an analyst with Deutsche Bank Securities in New York, predicted last week that by 2023 there will be 13 states with active sports betting industries. Based on 13 states, the market in terms of revenue could reach $4 billion. That includes all forms of sports betting, in-person and over the web.

The research group Eilers & Krejcik Gaming has a more optimistic prediction, according to a report from the Entrepreneur. Based on a model of 32 states having approved sports betting in 2023, the firm predicts a market of $6 billion. The market could reach $15.8 billion if all 50 states have it.

That’s a sizable market, but U.S. casinos, commercial and tribal, already win more than $70 billion each year from gamblers. The effects of the Supreme Court ruling are likely to be felt far and wide, creating opportunities for non-gaming companies. Oxford Economics estimated that a regulated market would create up to $26.6 billion in annual economic impact.