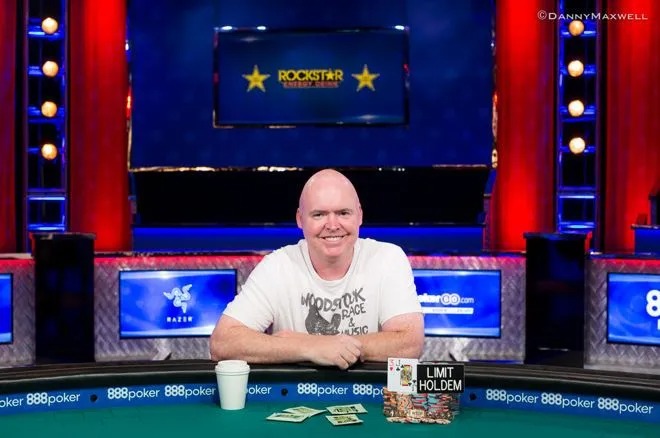 The 47-year-old poker pro John Hennigan wins the 5th gold bracelet of his WSOP career in taking down the 2018 World Series of Poker $10,000 H.O.R.S.E. championship,  overcoming a tough field of 166 players to win his fifth gold bracelet.

“I’m not too preoccupied with it, but it does feel better than four,” Hennigan told WSOP reporters when asked about securing his fifth bracelet. “It makes me think about ‘Saturday Night Live’ where you get that jacket.”

Hennigan came into the third final day of this event in third chip position with 16 players remaining. He made a straight and a 7-6 reduced to scoop the pot and send Ohel home in fifth place with $92,808. Iraj Parvizi spent a lot the final table in the lead, but
as play got short-handed he lost momentum. He ultimately succumbed to two-time bracelet winner David ‘Bakes’ Baker to knock him out in 4th place for $127,724.

Baker then eliminated Lee Salem in third place for $179,216 to set up a heads-up showdown with Hennigan, who held roughly a 5-to-3 chip advantage. Hennigan extended his lead a bit before play was halted for the night.

Baker did his best to fight back but in the end Hennigan was able to sending Baker to the rail with $256,297.