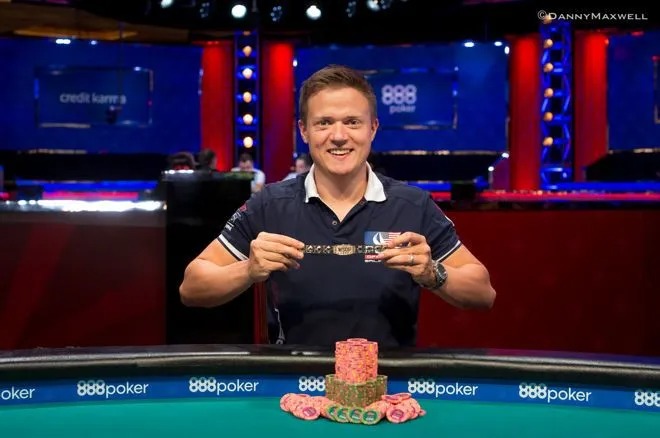 “I’m Absolutely on top of the world,” Dobson told WSOP reporters after his win.“Stud eight-or-better is probably my favorite game of poker and it is one that I don’t get to play a lot. I only get to play it a few times a year, but I really enjoy it.”

Dobson came into the final day as the chip leader with three players remaining, but he had some stiff competition to contend with in two-time bracelet winner Jesse Martin and seven-time WSOP final tablist Timothy Finne.

“Part of it is just a huge relief because I had a huge chip lead basically through Day 2 and Day 3 and coming into today,” said Dobson. “So, I kind of had high expectations for myself, but it was also really tough because Timothy and Jesse, they are probably better than me at stud eight-or-better, so I felt like I was a bit of an underdog. I managed to hold my own and ran good in some of the crucial pots. Luck was on my side for sure.”