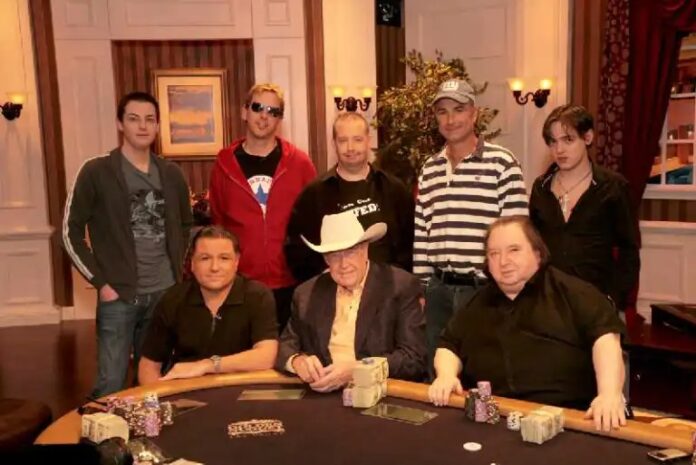 Everyone knows what high stakes poker is – its games where the dollars are thrown around in man-size bricks isn’t it? But what amount would really make it high stakes? Let’s try to work out the magic number…

The popular TV show which ran for seven seasons – and featured most of the best players the poker world has ever seen – had a minimum buy-in of $100,000 as its standard, sometimes increased to $200,000 for special episodes or specific seasons. Of course some players, the really big boys such as Phil Ivey and Tom ‘durrrr’ Dwan would often appear with $500,000! If we cherry pick season 5, Dwan was up $771,000 while Negreanu was stuck for almost $850,000!

So these are high-stakes, no doubt about it, but it’s all relative. The Macau games, for example, in which Ivey and Dwan have both been found, dwarf anything you’re likely to see on TV!

Recently I wrote about the back-rooms of Macau, citing Daniel ‘Jungleman’ Cates who stated that:

Now THAT is high stakes! Or rather, you’d describe them as the ‘nosebleed’ stakes – the games at which the usual high-stakes crew baulk and start crying a little when they lose. Because let’s face it – your average high-stakes pro has to be ready to lose a million or so when he has adownswing; but $10million? That’s got to hurt!

Guy Laliberte, the co-founder of Cirque du Soleil, was most definitely hurt when he ventured into the online nosebleed games, but it was his feelings rather than his ridiculously deep pockets which took the hit – $28milllion being a drop in the ocean for the multi-billionaire, the laughs and cries of ‘whale!’ from his opponents and railbirds being the real cause of pain – enough to cause him to stop playing!

So, what do normal poker players and fans consider high stakes? A Twitter poll carried out byDan Fleyshman provides an answer…and the jury is split!

What do you consider is the lowest cash buy-in before a poker game should be classified as “High Stakes”?💰♠️♣️♥️♦️

Quite a spread there and a very even divide between the three options, I would have voted for number 3, the $100k and up option, but one of the responses to Fleyshman’s tweet got me thinking about my own ‘high stakes’ experience.

@DanFleyshman @SaraUnderwood depends on your financial situation imo. High stakes means losing it would be a big deal

I found myself playing $109 S&G’s a few years back and to be perfectly honest I saw no huge difference in the level of play from the $20 ones! However, when you hit a downswing, it hurts a lot more, especially if like me you aren’t really bankrolled for it!

So, high stakes may only be high if your bankroll finds it hard to cope with the losses! Daniel Negreanu recently said that losing a million would mean nothing to him:

Q:If I lost a million in the game, I’m not gonna be like ‘Wow that sucks.’ It’s just whatever”

So it obviously means different things to different people as the poll suggests.

Ok, it’s over to you dear reader. What amount constitutes ‘high stakes’ poker? Is there a definite figure we can put on it or, as with many things in poker, does ‘it depends?’