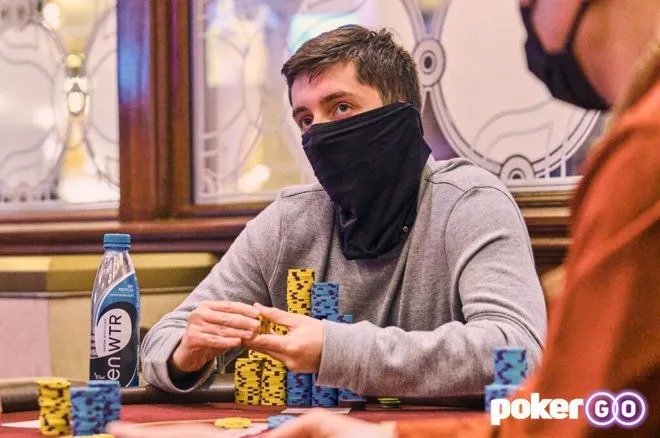 Alex Foxen emerged victorious from the $ 15,000 buy-in no-limit hold’em event, beating a field of 26 total entries to win $ 153,615 and $ 216. Card player Player of the Year Points. Foxen had just finished fourth in 2021 POY final ranking and immediately got back to work at the start of the new year.

It was Foxen’s second POY-qualified score of 2022 already, having placed fourth in the first event won by Punsri. With 336 points and $ 191,015 in POY wins, he is now in the top five in this year’s standings. He also won 154 PokerGO Tour points so that the victory climbs to second place in this ranking.

Foxen clinched the title after making a one-on-one deal with World Series of Poker bracelet winner Michael Wang, who won $ 134,985 and 180 POY points as a finalist. Nine-time bracelet winner Erik Seidel recorded his second silver finish of the year, placing fourth for $ 39,000 and 108 points. He thus climbed to seventh place in the standings.

The fourth and final high roller on the schedule featured the largest buy-in yet. A total of 20 entries were made in the $25,000 buy-in no-limit hold’em event, creating prize pool of $500,000. In the end, the title and the top payout of $240,000 went to now other than 2021 Card Player Player of the Year award winner Ali Imsirovic.

Fresh off of a 14 title, 30 final table performance last year, Imsirovic took just over a week to find his way back to the winner’s circle in 2022. In addition to the six-figure top prize, he also secured 252 POY points to catapult himself inside the top ten in the standings. He also earned 162 PGT points, enough to move into third in that points race for the time being.

Steven Grady finished third for the second time in as many days. With $142,400 and 312 points earned across the two scores, he is now within striking distance of the top five.