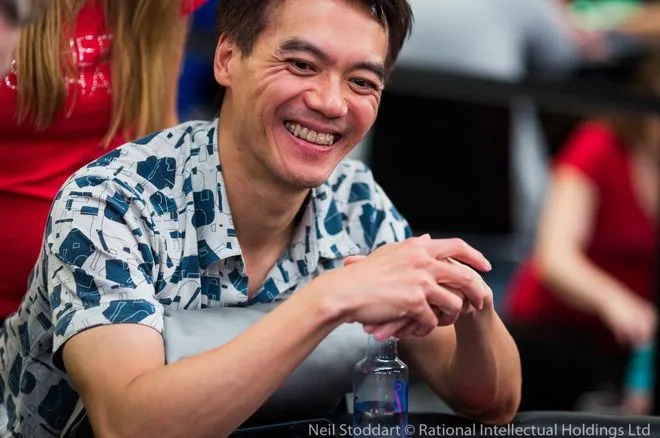 Friday was a long day of quality poker at Casino Barcelona where this year’s edition of the EPT Barcelona festival is currently running. Eyes are set on the Main Event, which is entering its concluding stages. The tournament attracted a record-breaking field of more than 1,900 entries, but there are only 13 of them left.

Day 4 of the tournament was supposed to end when there were just 16 players left at the tables of the host casino. However, Level 6 of the night kicked off with 17 hopefuls in contention and organizers had to decide whether to stop play when the original target of 16 survivors was reached or to allow players to complete the level.

A decision was made and action ran until the end of the level. As a result there will be 13 players to return today at noon local time and to continue their battle for the title and the €1.6-plus-million prize pool.

It will be Portugal’s Pedro Marques who will lead the 13 finalists into the penultimate day of action. The player had accumulated a stack of 9.15 million by the time play ended for the night. There was a little bit of action on the very last hand of Day 4 when Brazil’s Fabiano Kovalski eliminated his fellow countryman Upeshka De Silva in 14th place to scoop a massive stack. That final hand rocketed the player just one spot below the top. John Juanda, one of poker’s most accomplished players, is still in contention for the title and the first-place cash. The player won the EPT Barcelona Main Event in 2015 for over €1 million. Now he is looking to double his achievement. Juanda will have a difficult start to Day 5, though, as he will enter the day as the short stack.

Another former EPT Main Event champion is vying for a brand new title from the popular series. Bulgaria’s Ognyan Dimov won the EPT Deauville in 2015 and is now still in contention for a title from another EPT stop. Just like Juanda, Dimov is at the bottom half of the chip counts chart, but we all love poker for being a game of fantastic twists and turns and there will certainly be many twists and turns during the two remaining days of play within this year’s EPT Barcelona.

As mentioned above, play is set to resume at noon local time at Casino Barcelona. The 13 remaining players will play down to the final six. And the final six will return at the host venue tomorrow to play down to a champion.

Each of the remaining 13 survivors is guaranteed a minimum cash of €88,250. And each of the six finalists will leave with no less than €287,050. However, it is more than clear that all remaining survivors have set the first-place prize of €1,611,500 as their ultimate goal.