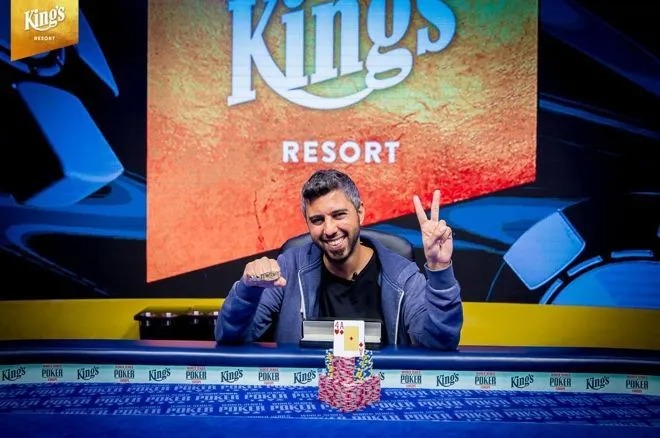 The 2018 World Series of Poker Europe €1,650 no-limit hold’em six-max deepstack event drew a field of 221 entries to the Kings Casino Rozvadov in the Czech Republic, building a prize pool of €318,074 ($368,574 USD). The largest share of that money was awarded to eventual champion Asi Moshe, who emerged victorious with the top prize of $94,622 USD and his second WSOP gold bracelet. Moshe had previously won a $1,500 no-limit hold’em event at the WSOP in Las Vegas back in 2014.

In addition to the hardware and the money, Moshe was also awarded 384 Card Player Player of the Year points as the champion of this event. This was the second POY-qualified final table finish of 2018 for Moshe, who also finished fourth in a €1,100 event at the 2018 MILLIONS Grand Final Barcelona series for another $64,616 USD and 480 points. Moshe now sits in 508th place in the overall standings, with 864 total points earned.

Moshe came into the final table of this event as the biggest stack and was able to convert that advantage into a title without ever relinquishing the lead. He eliminated Viktor Katzenberger (6th – $12,480) and Van Nguyen (5th – $17,598) to grow his stack even more. He then made a flush on the river against James Bullimore’s turned straight, getting all-in on the end to send Bullimore home in third place ($38,121 USD).

With that Moshe took nearly a 5-to-1 chip lead into heads-up play with Robert Schulz. The two battled it out for roughly an hour and a half. In the end Moshe moved all-in from the button with the ADiamond Suit4Heart Suit and Schulz called for is last 12 big blinds with the KDiamond Suit8Heart Suit. The board ran out QClub SuitJClub Suit2Spade SuitJDiamond Suit10Heart Suit and Moshe’s ace high was enough to earn him the pot and the title. Schulz took home $58,468 USD as the second-place finisher.