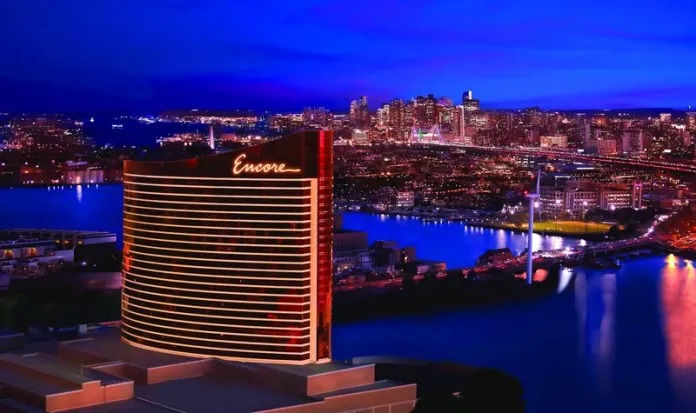 Wynn Resorts announced Tuesday that it has entered into a deal to sell all of the land and real estate assets of Encore Boston Harbor.

The Las Vegas-based casino developer will sell the assets to a group known as Realty Income for $1.7 billion in cash. Wynn Resorts will continue to operate the property.

The news follows plans by Wynn Resorts to sell its online gambling unit at a steep discount from a prior valuation, according to reports.

“Simultaneous with the closing of the transaction, we will enter into a triple-net lease agreement for Encore Boston Harbor with Realty Income,” Wynn Resorts said.

“The lease will have an initial total annual rent of $100.0 million and an initial term of 30 years, with one thirty-year tenant renewal option. Rent under the lease will escalate at 1.75% for the first ten years of the lease and the greater of 1.75% and the CPI increase during the prior year (capped at 2.50%) over the remainder of the lease term.”

Wynn Resorts will retain its 13 acres of land on the east side of Broadway in Everett, MA, on a portion of which, the casino company plans to construct an expansion that is expected to include additional covered parking along with other non-gaming amenities.

Eventually, Wynn might end up also selling the land and real estate assets of the expansion to Realty Income, the announcement said.

The transaction is subject gaming regulatory approvals, among other government sign-offs.

“Encore Boston Harbor is the premier gaming resort on the East Coast and the valuation we achieved in this sale reflects the property’s quality,” said Craig Billings, Wynn CEO. “Equally important, the bespoke structure and terms of the lease allow us to maintain a great deal of operating flexibility across economic cycles. The proceeds of the transaction also provide us with liquidity for several of our upcoming development projects and the potential to retire other debt.”

The casino, located about five miles outside Boston, opened in 2019 at a total cost of $2.6 billion. It was the first Las Vegas-style resort-casino near Boston.

Wynn Resorts stock ($WYNN) was up 4.5% Tuesday following the announcement.