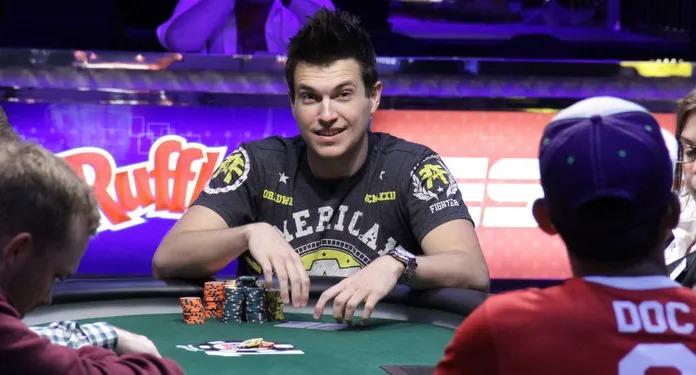 A 10-card stud flip between Doug Polk and Jeremy Kaufman two years ago cost two supervisors at SugarHouse Casino in Philadelphia their jobs and the casino $32,500.

Nearly two years ago, there was a Poker Night in America stop at SugarHouse Casino in Philadelphia where there was a live-streamed high-stakes cash game that featured poker pros Polk, Shaun Deeb and Phil Hellmuth.

Kaufman, a businessman and recreational poker player, was in the game as well and decided to do some gambling with Polk after the completion of the cash game. They agreed to do a $42,000 10-card stud flip. Deeb filmed the hand and Polk uploaded it to his YouTube channel.

The two players rolled over one card at a time until they could beat the other player’s board. It ended with a buyout from Kaufman when he was showing eights and fours against Polk’s aces up. After a short negotiation, Kaufman offered Polk $25,000 and Polk accepted.

After Polk accepts the offer, the rest of the cards are tabled and it is revealed that Kaufman would have made a straight and won the hand.

Fast forward to earlier this week, the Pennsylvania Gaming Control Board cited the video as proof for fining the casino.

Poker reporter David Huber posted the video of the PGCB meeting where they discussed the hand in question on a poker forum. According to the video, 10-card stud is not an authorized game in the state of Pennsylvania.

Polk responded in the thread apologizing for his actions that resulted in the supervisors’ loss of jobs.

“I just thought it would be a fun thing to stream that people on my channel would like seeing,” wrote Polk. “Especially coming from Las Vegas where flips are completely acceptable, I didn’t really think that it could cause any issues. Once again, I apologize that my actions caused harm to others, even if it was inadvertently.”