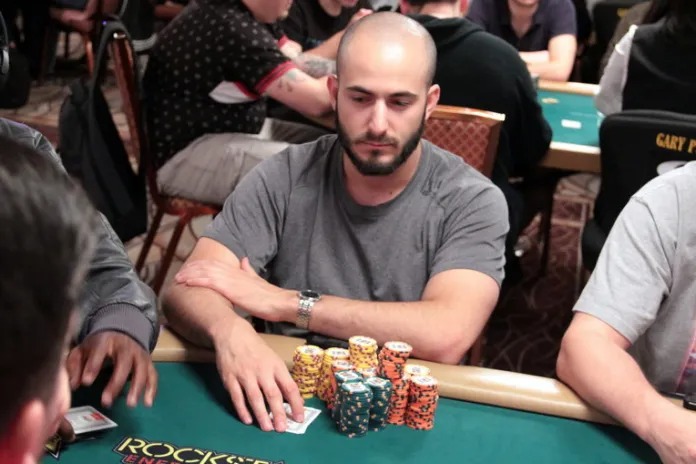 Brian Altman was just 26 years old when he won the $3,500 buy-in World Poker Tour Lucky Hearts Poker Open in South Florida, taking home a huge payday of $723,008. In the five years since, the Longmeadow, Massachusetts-native has become a staple of the tournament circuit, amassing $4.25 million in earnings while chasing down a second major title.

Altman has managed to increase his cash rate every year on tour, posting 21 scores in 2016, 24 in 2017, and 25 in 2018 before exploding for a whopping 36 cashes last year. He had 12 other wins on his poker resume during that stretch, with biggest being the WSOP Circuit event he won in Montreal for $132,979, but another WPT main event trophy continued to elude him.

He had plenty of close calls, of course. He finished fourth in the WPT Montreal main event, and then 12th at the WPT Borgata Winter Poker Open, and ninth in the WPT bestbet Bounty Scramble. He later took eighth at WPT Maryland, before returning last year to finish third as well.

He continued the grind of near misses and side event wins until last week, when he returned to the site of his breakout victory and became the first player in tour history to take down the same event twice. This time Altman banked $482,636, dominating a field of 843 en route to having his name inscribed on the WPT Champion’s Cup for a second time.

“Winning a second WPT title feels amazing,” Altman told reporters after the win. “It’s incredibly special. It doesn’t always work out. I’ve had maybe a dozen or so situations where I’ve gone deep and thought I was going to win and I didn’t. But that’s how tournaments go.”

Altman now ranks seventh in WPT history with 25 cashes and is on the short list of players with more than one title. With his win and previous final table-appearance earlier this season, he now has a sizable lead in the WPT Player of the Year race, which wraps up in May and awards $15,000 in tournament buy-ins, as well as complimentary accommodations at all WPT stops for the entire duration of season XIX.

Card Player caught up with Altman before his recent triumph to talk about how he deals with close calls, and also to get some follow up on a few of his Tweets.

Card Player: Can we talk about your 2019 results? You cashed 35 times overall, which included three side event wins, and two of the five biggest scores of your career.

Brian Altman: I was fortunate enough to have a good year, and run pretty good in some big spots. I’ve was going deep consistently, so I’m happy with how it turned out. Obviously, there were some tournaments that could have been even bigger, but that’s not what I focus on.

CP: Yes, you opened the year with a sixth-place finish in the $10,000 PokerStars Caribbean Adventure main event for $297,020, and also took third at the $3,500 WPT Maryland for another $149,515 late in October. After scores like that, do you ever find yourself thinking about the money that was left up top?

BA: I mean, you literally can’t win them all, so third is a great result all things considered. I know a lot of players might have a score like that and get stuck on how close they were to a win, and I’ve certainly been guilty of that before, but I was actually pretty at peace with finishing third in Maryland.

CP: You stated on social media that “the anticipation of winning a tournament” was better than “actually winning one.” Can you explain?

BA: I’ve felt like this for a while. I was reading a book, Your Money And Your Brain by Jason Zweig. He kind of showed the science to it, and it stuck with me. I read that and it sparked this tweet that may seem controversial on the surface, but is absolutely true.

I think that the happiness you feel in a moment of victory is very fleeting. Obviously, it’s an incredible experience to win a poker tournament, but there’s so much more to life than playing poker and making money.

CP: That being said, poker is your profession, and it’s a job that demands quite a bit of time, especially traveling. Have you figured out how many days a year you spend on the road?

BA: I do spend a lot of time traveling, but no, I haven’t crunched the numbers. I’m sure it would be a crazy number to most people, but that’s life as a poker player. I live in Boston, it’s where I call home. When I am home, I’ll play at the casino maybe once or twice a week. But about 65 to 75 percent of the year, I’m somewhere else. It’s definitely tough to a degree, but the last few years I’ve been trying to have a better life balance. I’ve been taking care of myself, going to the gym… so that has helped.

CP: Finally, I have to ask you about a Tweet you posted questioning the accessories worn by some other poker players at the table. What’s your take on hoodies pulled down low and scarves covering up player’s faces?

BA: I’m pretty sure I said that during the World Series of Poker. I was just bored at the table and making an observation that I was seeing a lot more scarves nowadays. I’ve never been a fan of covering up. I feel like if you are at the poker table and playing, you shouldn’t be able to hide away all of your physical tells. If you’re worried about that, you can always play online. In my opinion, you exude a lot more confidence when you don’t cover up and hide, and that’s what I try to do.