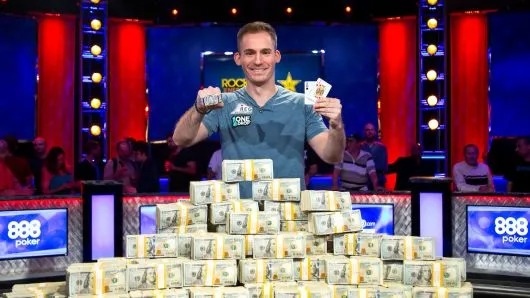 Poker has deep roots in the United States and there should not be surprise that some of the world’s winningest players hail namely from there. Not to mention the fact some of the longest running poker series such as the World Series of Poker originate from the US.

A look at the US all-time money list shows impressive tournament bankrolls and seven- and even eight-figure payouts scored by great poker players. Here are the three of them to have accumulated the largest bankrolls and highlights from their poker careers.

Bonomo has indisputably had his best year in poker in 2018, and it has not even ended yet. The player collected more than $20 million in live tournament earnings over the past nine months, besting Fedor Holz’s accomplishment from a few years ago, when the young German collected $16 million over the course of a single year.

Bonomo pretty much won every major high roller tournament to have taken place this year. In February, he bested the field of the Super High Roller Bowl China HK$2 million No-Limit Hold’em for a cash prize of $4,823,077. In May, he took down the elite $300,000 Aria Super High Roller Bowl in Las Vegas for $5 million. Then in July, he emerged the victor in this year’s edition of the WSOP Big One for ONE DROP, a $1 million buy-in tournament that takes place biannually as part of the WSOP series. His cash prize from the event totaled $10 million. Bonomo took down a number of other tournaments over the past several months to cement his position as the world’s winningest tournament player.

With eight WSOP gold bracelets, a WPT title, and an EPT title, Erik Seidel is one of the world’s most popular and most widely recognized poker pros. And being the holder of titles from the three biggest and longest-running poker series means that he has accomplished what few have done – he has won the Triple Crown in live tournament poker.

It is thus no surprise that Seidel is one of his homeland’s (and one of the world’s) highest grossing players. He won his largest cash of A$2.5 million (approx. $2,472,555) back in 2011 when he bested the field of the Aussie Millions Championship A$250,000 Super High Roller.

In 2015, the player triumphed in the EPT Grand Final €100,000 Super High Roller for €2,015,000 in prize money. This year, Seidel has not won any major events, but he still managed to score several six-figure cashes. His best one came from a third-place finish in the partypoker MILLIONS Grand Final Barcelona €25K Super High Roller in April. His performance in the tournament was rewarded with €300,000 from the overall prize pool.

Poker fans certainly remember Colman’s terrific run in the 2014 WSOP $1 Million Big One for ONE DROP. The player emerged as the victor after a heads-up battle against poker celeb Daniel Negreanu. Winning the tournament, Colman added more than $15.3 million to his poker bankroll.