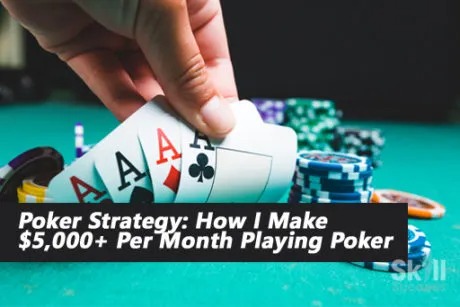 I want to share with you a concept that has helped me combat good, loose, aggressive players who constantly apply pressure both before and after the flop. These players are often the most difficult to play against because their aggression allows them to win most of the pots where you fail to improve to a decently strong hand.

In the past, I had a difficult time dealing with players who constantly raise and reraise. I have worked hard on my game to devise a plan that would result in these normally aggressive players playing in a straightforward manner against me, allowing me to play my normal loose, aggressive strategy with little fear of being abused by their aggression.

At the start of a tournament, as soon as it becomes clear one of my opponents is getting out of line in an aggressive manner, I make a point to fight fire with fire and reraise them aggressively. A major benefit of making these plays early is that if they fail, I do not lose too many chips. Aggressive reraises also set the tone for the rest of the day that will result in my opponents staying out of my way.

For example, in the 2018 World Series of Poker main event, I was unfortunate enough to have a starting table that included two world-class pros who had position on me. I decided that if they three-bet me aggressively early in the day, I would four-bet, letting them know that I was not going to be pushed around with small amounts of preflop and flop aggression.

Sure enough, both of the players decided to test me by three-betting within the first level. I implemented my plan of applying immense pressure. I won one of the pots by flopping a marginal made hand that won a small showdown and lost the other when I flopped nothing, continuation bet, and then gave up, resulting in me roughly breaking even. However, the benefits of these plays were huge.

Over the next eight hours, I was only three-bet one more time. When you have little fear of being reraised, you can play a much wider range of hands before the flop with little fear of getting outplayed. Of course, if my opponents decided to run a large bluff against me, I would have assumed they had a strong hand. However, they never tried to bluff me because they assumed I would react in an aggressive manner, forcing them to either five-bet aggressively or have a strong hand. It turns out it is difficult to actually pick up a strong hand!

I ran over the table and walked away as one of the chip leaders. If I simply folded to my opponents’ aggression early in the day, as most players would have done, they would have almost certainly continued playing aggressively against me for the rest of the day, allowing them to win all the small and medium pots. Instead, I got to abuse them, resulting in my accumulating a large pile of chips. ♠