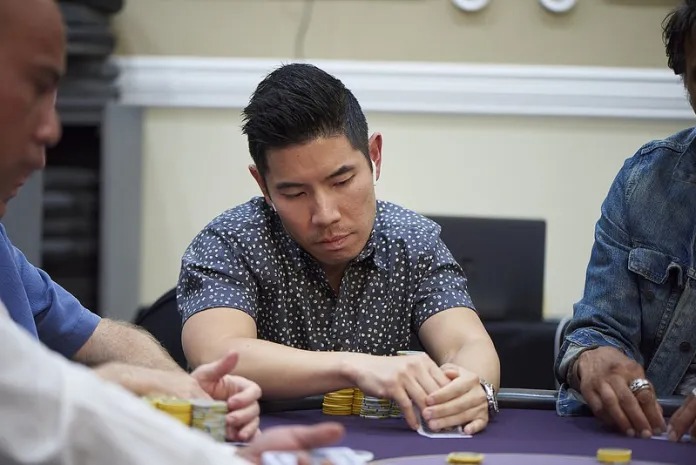 The WPT500 Los Angeles kicked off Saturday at the host venue, The Bicycle Casino, with two starting flights. As many as 331 entries registered into the $570 buy-in tournament during Days 1A and 1B, but only 17 of them will progress into Day 2.

The event features a total of fourteen starting flights, running all the way through August 25, so there is still a plethora of opportunities for interested players to enter it for a chance at the title and the lion’s share of the prize pool. But without much further ado, here is how the action unfolded during the two starting flights.

Day 1A action kicked off at 11:30 am local time at the host casino. As many as 251 players entered through that first starting flight, but there were just 13 of them left at the tables of The Bicycle when organizers called it a day. The play was stopped with 24:51 remaining in Level 21.

Peter Hengsakul bagged the largest chip stack at the end of Day 1A. The player put a total of 1.151 million in his bag. Hengsakul has a massive chip lead over his fellow Day 1A survivors, with Robert Zeidman standing nearest to him in the leaderboard with 620,000. It is interesting to note that Hengsakul finished third in the previous edition of the WPT500 Los Angeles, which took place in May 2017. The player collected $100,000 for his deep run in that event.

The Day 1B (Turbo) starting flight kicked off at 5 pm at the host venue. It attracted 80 entrants, but only four of them survived to the very end of the ordeal. Peter Neff ended play as the chip leader with 714,000. This means that Hengsakul is the overnight chip leader of the first two starting flights of the tournament and will be heading the remaining 17 players into Day 2 next Sunday.

Day 1B concluded with 18:09 remaining in Level 22, blinds standing at 8,000-16,000. After all starting flights are completed and Day 2 begins, the blinds are set to be rocked back to the earliest finish of all fourteen Day 1s.

WPT500 action is set to resume at 11:30 am today at The Bicycle for Day 1C. Day 1D is scheduled to begin at 5 pm local time. Unlimited re-entries into the tournament are allowed until registration closes before the start of Level 9. Day 2 of the tournament will take place on Sunday, August 26. The remaining survivors will play down to the final 9 who will return on Monday to determine the winner.

The previous edition of the WPT500 Los Angeles was hosted by The Gardens Casino in the spring of 2017. The tournament was entered by 3,266 participants, who generated a prize pool of over $1.6 million. The top 263 finishers received a share of the money, min-cashes starting from $1,300. Poker pro-Dong Le took down the event to collect the first-place prize of $224,500.