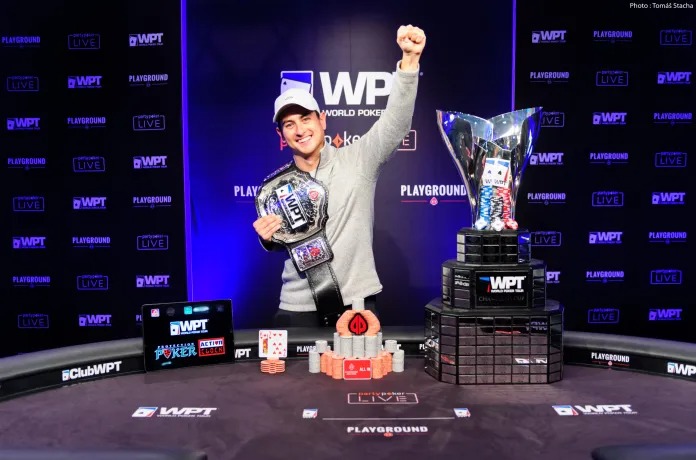 The final table of the World Poker Tour Montreal event was as star-studded as they come. Reigning GPI Female Player of the Year, a former November Niner, and a former PokerStars Caribbean Adventure Main Event champion and yet somehow Geoffrey Hum found a way to outshine them all.

He enjoyed a slice of luck on hand #147. Calling Cheong’s all-in with pocket jacks, Hum’s eights needed some help. The dealer duly obliged by spreading an 8♠2♥T♦ flop. Needing a miracle jack to avoid elimination, Cheong could only watch as the T♠ and 5♠ completed the board.

Now down two, the World Poker Tour Montreal main event was to become a battle of the grinders. With some of the game’s elite watching from the rail, Hum put on a clinic.

Sealing the deal in just eight hands, the Canadian barely put a foot wrong against Ajayi. In the end, a double flush would bring the 2019 World Poker Tour Montreal main event to an end.

Looking down at a 4♥6♥K♦ flop, Hum moved all-in with K♥7♥. Thinking a flush could win him the hand, Ajayi called with J♥9♥. Unfortunately for Ajayi, it was a case of making the wrong hand at the wrong time as the A♥ fell on the turn. With Hum holding the higher flush, the meaningless T♠ on the river brought the tournament to a close.

Speaking after his win, Hum said that he got lucky when it mattered. As well as picking up aces and kings at crucial times, a few lucky flops meant he was able to stay alive, succeed last year’s winner Patrick Serda and collect win his first World Poker Tour Montreal title.