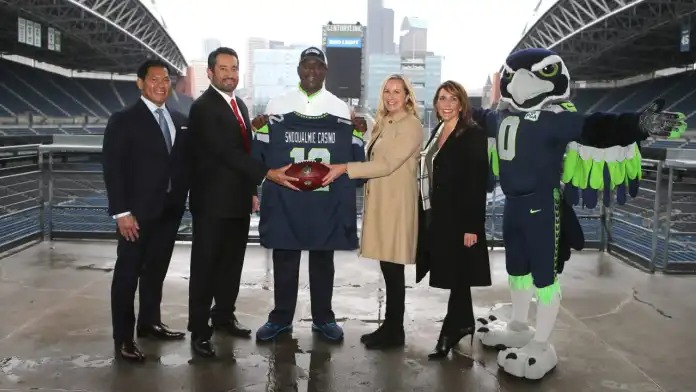 Last week, the Seattle Seahawks of the National Football League (NFL) announced that they had formed a partnership with a nearby Native American gaming resort.

The Snoqualmie Casino, located about 25 miles east of Seattle, will now be able to use the Seahawks logo for advertising and promotional purposes.

“We can’t imagine a better way to cap our 10th anniversary than by announcing an updated alliance between two premier Seattle brands,” said Snoqualmie Casino CEO Brian Decorah. “We have been a Seahawks sponsor and suite holder since we opened in 2008, so we are looking forward to the enhanced opportunities our newly expanded partnership will create.”

Snoqualmie is just the latest casino to partner with an NFL team. While Major League Baseball(MLB), the National Basketball Association (NBA), and the National Hockey League (NHL) have all signed deals with MGM Resorts, the NFL as an organization has yet to dip its feet into gambling waters.

Instead, individual NFL teams have been permitted to pursue these sponsorship deals, the first of which went to the Dallas Cowboys, who partnered with the WinStar World Casino in September. Caesars Entertainment even went ahead and linked up with the Las Vegas Raiders, which won’t officially become a team until 2020.

Here is a look at the NFL teams that have formed partnerships with casino companies so far.