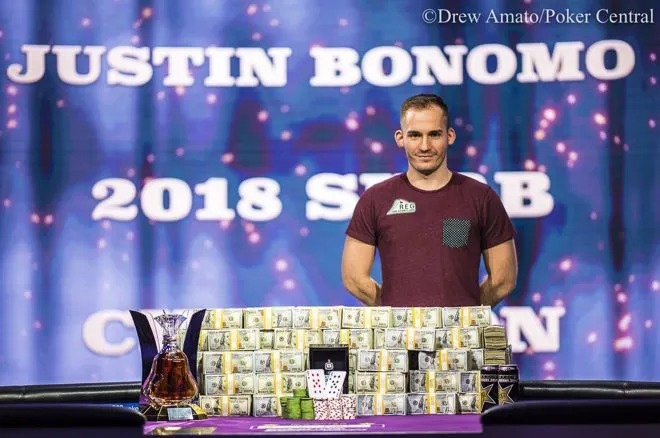 Justin Bonomo has emerged victorious against an ultra-elite field in the $300,000 Super High Roller Bowl, defeating a field of 48 total entries to capture the championship ring and career-best $5 million. As a result of this win, Justin Bonomo has reached into third place on the all-time money list, including his career live tournament earnings of $31,927,630.

Bonomo said, “The all-time money list is definitely not a clear ranking of the best player in the world right now, but it still means a lot.”

It doesn’t feel like real life. It feels like I can’t lose… I almost said no matter what I do, but the truth is, I have really been trying my hardest and playing my A-game non-stop,” Bonomo said. “The Super High Roller Bowl is definitely the most prestigious tournament of the year, so this has to be the biggest win of my career.

The final day Mikita Badziakouski started as the chip leader, with Bonomo and Negreanu essentially tied for second place.

Bonomo had a huge lead of about 4-1 chip lead against Daniel Negreanu, but “Kid Poker” got all-in on a flop of 9Heart Suit7Heart Suit6Diamond Suit holding the 8Club Suit7Diamond Suit, only to find that he had run into the 9Spade Suit9Diamond Suit of Bonomo. The turn brought the KSpade Suit and the river the 6Spade Suit, giving Bonomo a full house to earn him the pot and the title. Negreanu took home $3 million as the runner-up, bringing his lifetime earnings to more than $38.3. This was the second-largest score of his career.