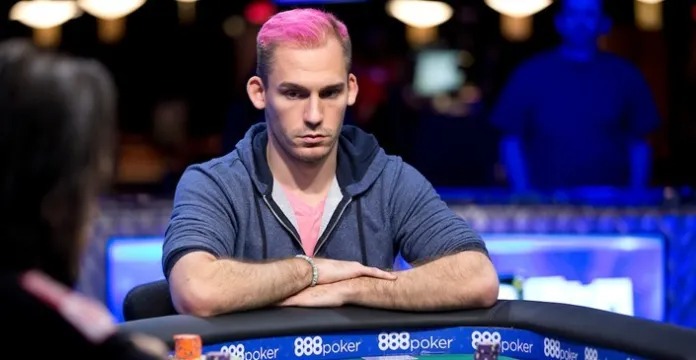 Fedor Holz, Bill Perkins, and 2016 champion Rainer Kempe, were also among the Day Two casualties. Defending champion Christoph Vogelsang isn’t far off the lead as he looks to go back-to-back in this $300,000 buy-in tournament.

Daniel Negreanu entered the day with a massive chip lead at just over 1.6 million and never got much going on Day Two but was able to hover around his Monday starting stack most of the day, finishing at 1.5 million, good for 5th place.

Day Three kicks off at noon PT with live coverage beginning at 1 on PokerGo. With $5 million going to the winner and only seven of these players to walk away with money, the pressure will increase on Tuesday.

Play will continue until the final table of seven remain and the tournament will conclude on Wednesday.

Those who are in Las Vegas for the summer can catch the action live, in-person at the PokerGo Studio outside the Aria on the Strip.

Can Anyone Stop Bonomo?

You can’t stop Justin Bonomo right now, you can only hope to contain him. The Las Vegas resident has done some serious damage on the high stakes poker scene this year, twice cashing for seven figures and, if the current SHRB chip leader finishes in the top 5, that will make it three. And it’s only May.

Bonomo, who now has almost $27 million in lifetime live tournament winnings, scored his biggest career win in March, $4.8 million, for winning the SHRB in Macau, China.

When interviewed by PokerGo’s Maria Ho, he admitted luck has played a major role in his 2018 heater but also said he’s been playing great poker, a claim few of his opponents would disagree with.

“ZeeJustin” can thank a cooler flop against Fedor Holz for his massive chip stack.

Hand of the Day

In this spot, most players would instantly call, but Bonomo wanted to think for a moment before making his decision. Could Fedor have a 7 or a 3 for a full house given how this hand played out? ZeeJustin eventually decided Holz didn’t have any 7s or 3s in his range, so he made the correct call and sent the German superstar home.

On the way out, the usually non-emotional Holz questioned why it took Bonomo so long to make what he felt was an obvious call.

Bonomo said during a PokerGo interview later that he wasn’t slow rolling Holz and that, “I think he believes me.”

Justin Bonomo is running so hot right now that even Fedor Holz can’t cool him off. Will one of the 14 remaining players in the Super High Roller Bowl be up to the task on Tuesday? We’ll let you know tomorrow.