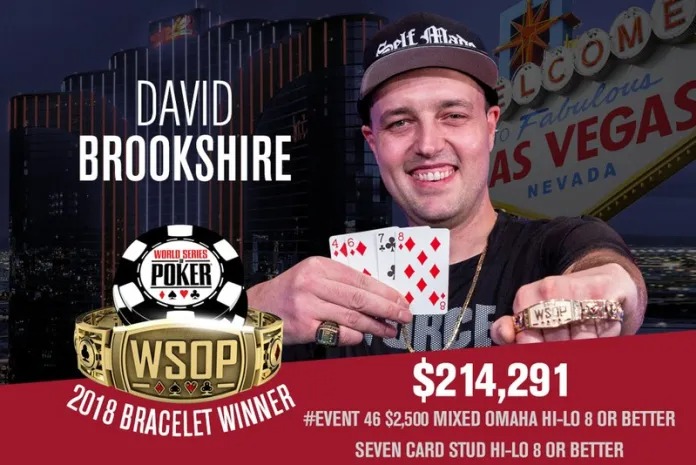 The 35-year-old from Baltimore, Maryland David Brookshire gained the first coveted gold bracelet of his career by winning the 2018 WSOP, $2,500 mixed Omaha/Stud eight-or-better.

Although the final table featured 5 bracelet winners, the title and the lion’s share of the $904,500 prize pool went to relative unidentified David Brookshire. He previously earned $8,285 and a WSOP Circuit ring in an Los Angeles Omaha eight-or-better event last December. Earlier this month, he won an $800 buy-in PLO eight-or-better event at the DeepStack Championship Poker Series for $20,580, and recently, he took second in a $600 Omaha/Stud eight-or-better event for another $13,861.

“This is a great event,” Brookshire told WSOP reporters. “I love all the mixed-games events and now I’m going to have a bankroll to be able to play all of them for the next few years, hopefully. I’ve got to run it up. There’s a lot of events I’ve missed because I can’t afford to play them, and that’s going to change right now.”