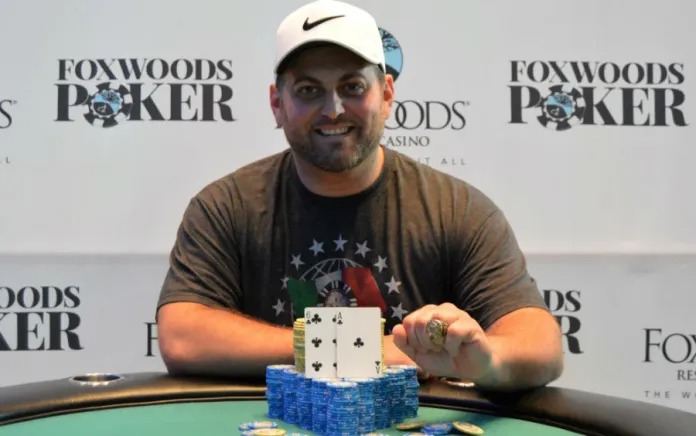 The second stop on the 2018/2019 WSOP Circuit schedule is now in full swing, with Foxwoods Resort Casino in Mashantucket, Connecticut currently playing host to the popular series. And a first gold ring has already been awarded to its rightful winner as part of the ongoing poker festival.

Vittorio Faricelli, a real estate broker from Brooklyn, New York, won last night his first piece of WSOP Circuit paraphernalia after a near-miss in Atlantic City earlier this year. The player took down the opening $400 No-Limit Hold’em at Foxwoods after two days of poker action.

The tournament drew a field of 113 entries who created a prize pool of $37,290. The top 12 finishers were treated to a share of the prize pool, with min-cashes starting from $779. Each of the nine final tablists was guaranteed a minimum payout of $963. As for the winner, he collected $11,187 to accompany his gold ring.

This was Faricelli’s fifth cash from the WSOP Circuit and seventh from a WSOP-branded event. Earlier this summer, the player finished in the money in the $1,111 Little One for ONE DROP for $1,593 and The Closer $1,500 No-Limit Hold’em for $4,021.

The opening $400 No-Limit Hold’em at Foxwoods turned out to be Faricelli’s lucky one. The tournament was played over two days. The second day of action saw just three players return to battle it out for the first-place prize and the gold ring.

The eventual champion was holding the chip lead with 774,000 at the time cards were thrown in the air for Day 2 action. Lowell Kim held the second largest stack with 641,000, and James Campbell was the short stack with just under 300,000.

The event’s second day was a relatively short one. Campbell busted in third place for $4,922 and left it to Faricelli and Kim to square off for the gold ring. Faricelli was leading at the beginning of heads-up, but Kim managed to double up early into the match. However, the eventual champion rapidly gained pace to extend his advantage significantly until the final hand was dealt.

The two players got it all in with Faricelli tabling [Ac][6c] to Kim’s [10d][9d]. Faricelli’s ace-high kept him comfortable all the way through the river when he scored a straight for extra advantage. Kim was thus eliminated in second place for a payout of $6,914.

Commenting on his triumph last night, Faricelli said that his general positive attitude has helped him a lot in difficult situations on and off the poker felt. The player said that lately he has been running great not just in poker but in life as a whole. Faricelli recently wed his partner Pamela and is having his best life as a newlywed.