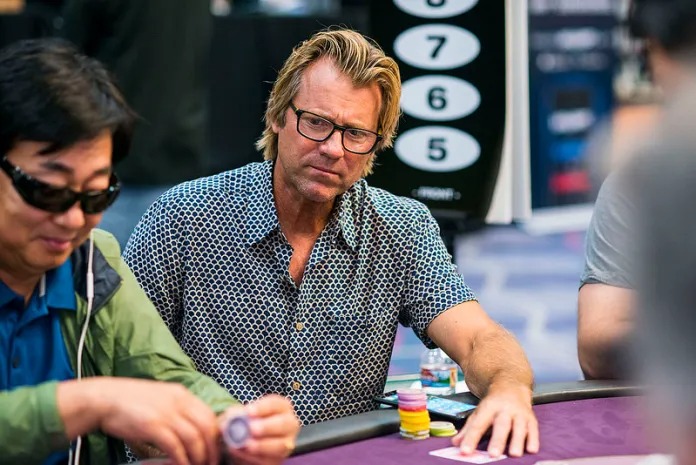 This was the mother of all fires. I’ve been living in Malibu on and off for around 30 years! We live in the epicenter of the hardest hit spot, the Kanan and the Point Dume area. Ground zero for this fire.

I stayed as late as I could in the late morning, watering down the roof when I heard an inferno was coming. My family left in a separate car with our faithful dog an hour earlier. I was to meet up with them in a couple hours or so. Or, when it seemed right at an undetermined location.

It was gridlock on Pacific Coast Highway to get out. To avoid that, we decided to meet at the point a mile away, where an evacuation center was set up at Zuma Beach for those who couldn’t get out.

When we got to the beach, the raging fire with ominous black smoke roared towards us. I prepared myself, my wife, and my son to jump into the ocean in case the flames and smoke were inescapable, which was starting to look very possible.

It was total chaos. There were barking dogs that got off their leashes and started running wildly, then our dog got off her’s, and all hell broke loose! Then a horse was suddenly out of control and running randomly into the smoke and the crowds as well! We quickly got our dog back on her leash and got the heck out of there, to someplace safer!

We drove back closer to our house again, just off the highway and pulled off to the side and watched the area go up in flames.

There was an eerie quietness of it all. Just large black ashes falling down on us like evil snowflakes, behind them fifty-foot walls of flaming fire!

About 10 cars and neighbors waited with us in the same area. With the highway in complete gridlock, none of us knew quite what to do.

I told my wife she better get going in her separate car back to the valley and that I would meet her when I could. They took off.

I stayed a few hours longer surveying and contemplating the situation but finally, Pacific Coast Highway seemed to be getting more of a direct hit and I realize I better get out now or my escape route would be useless. The highway was now emptying out. Apparently, everyone had left.

Then I noticed the black smoke had shifted and started to cross the southbound highway. I quickly pulled on to it and drove through to safety.

It took hours to get to the valley, to my mother’s where she was happily letting us stay. My brothers and other extended family were there as well.

That night we turned on the TV to see Malibu up in flames. To ease the pain we all started drinking. What else were we going to do? Someone suggested we drink “fireballs,” a strong whiskey drink. We ironically did. Deep down, in our hearts, we knew that our house was not going to make it. We watched the local news in shocked acceptance.

One news show actually showed our very house in flames, and the reporter standing in front of it saying “Look at this beautiful house, and no one here to save it.”

It was surreal. I walked out of the room in shock and unable to watch, but then resigned myself to our fate .

When I walked back in, my brother Nels, a great guy, but always blunt, belted out “Vin, your house is burning down!”

I felt like saying “Thank you Captain Obvious, have another fireball!”

My wife, Eileen and I, had a heart to heart talk, and we were at peace now with losing our beloved house. We were not going to fret about it. We were going to move through it and be strong and positive. We were lucky we all got out and we’re safe.

The next day our next door neighbor Paul called us on the phone to tell us the miracle that our house, and his, were still standing! I think it was the greatest phone call in my entire life.

When we did, it was a strange feeling to see everything burnt on the outside. The awnings, the landscaping, and part of the outside walls were affected. We had no power and water for a total of four weeks after. But otherwise, our sturdy house was safe.

Over 500 houses were completely destroyed in our five-mile area.

Ironically just a few days after the fire ended we looked at our insurance policy.

We were shocked to see that we were hugely uninsured. We were only to be reimbursed for about 50 percent of our rebuild costs, we obviously dodged a big bullet!

We learned a valuable lesson, one that should be shared. Get fully insured for everything. Otherwise, you might regret it.

People in Malibu have been great and positive and most will rebuild. Our prayers go out to the unfortunate people who have to endure so much. Especially in Northern California, Paradise, who not only lost hundreds of their houses but also their lives. God bless them.