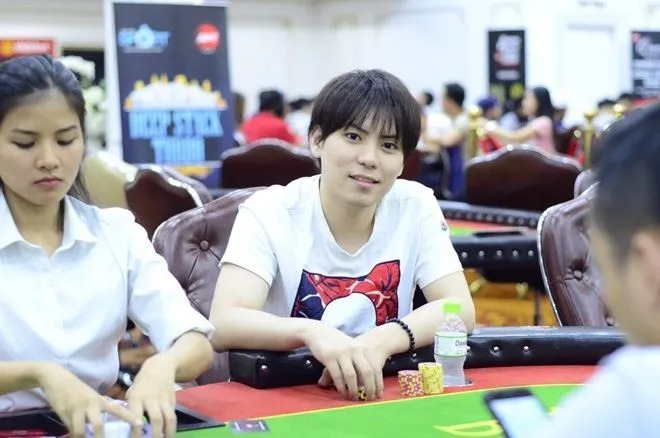 Shoma ‘pp_syon’ Ishikawa wrote his name in the poker history books as the first player to ever win a World Series of Poker gold bracelet in an online event held outside of the United States. The international-facing segement of the 2020 WSOP Online kicked off on GGPoker on Sunday, July 19. There were meant to be three bracelet winners decided on the first day of action, but a bug saw the online site suspend action in the events #32 and #33, which meant that event #34 was the first and only to play down to a winner. The $525 buy-un super turbo bounty six-max no-limit hold’em event attracted a total of 2,214 entries to create a final prize pool of $1,107,000. Ishikawa earned his first WSOP gold bracelet and a total of $117,650 as the eventual champion.

Ishikawa’s win saw him become just the third player from Japan to win a WSOP bracelet, following in the footsteps of 2012 $5,000 pot-limit Omaha six-max winner Naoya Kihara and 2015 $1,000 no-limit hold’em champion Takahiro Nakai. This was his first WSOP score.

Diego ‘El Motron’ Ostrovich held the chip lead when the final table was set, with Gary ‘STARDOG13’ Johnson sitting in second. WSOP bracelet winner and WPT main event champion Daniel ‘Gyrocopter’ Strelitz was in third chip position, with Ishikawa sitting in fourth place. Tom ‘Pik00rs’ Delaine was the first to be eliminated. He got the last of his short stack in with 10Diamond Suit7Club Suit up against the QHeart Suit3Club Suit of Ostrovich. Queen high was good by the river and Delaine was sent to the virtual rail with $20,225, including his payout and bounties.

Yulian ‘Ector’ Bogdanov was the next to fall. He got all-in with 10Diamond Suit8Diamond Suit and at risk against the QClub SuitJClub Suit of Strelitz. Bogdanov flopped a pair of tens to take the lead, but Strelitz turned a pair of queens to regain the advantage. The river improved neither player and Bogdanov was knocked out in fifth place ($34,677).

Strelitz called all-in with 9Heart Suit9Diamond Suit facing a shove from Ostrovich on the button. Ostrovich held JDiamond Suit10Club Suit for two overcards. A ten on the flop gave Ostrovich the lead and he never looked back from there. Strelitz fell just a few spots short of earning his second bracelet, earning $50,431 in total for his deep run in this event.

Ostrovich continued his knockout spree by making the nut flush with AHeart SuitKSpade Suit to best the AClub Suit8Spade Suit of Gary ‘STARDOG13’ Johnson, sending him home with $51,801 in total earnings and bounties as the third-place finisher.

Ostrovich started heads-up play against Ishikawa with roughly a 3.5:1 chip lead. Ishikawa was able to close the gap considerably before the next big preflop confrontation arose, though. The two got all-in preflop with Ishikawaholding AHeart Suit9Heart Suit against the KSpade Suit10Club Suit of Ostrovich. Ishikawa made two pair on the flop and held from there to take a commanding lead of roughly 8:1. Ostrovich was left with just a few big blinds. He got his last chips in with 5Spade Suit3Diamond Suit and was called by the 9Heart Suit6Spade Suit of Ishikawa. The board ran out AHeart Suit8Heart Suit3Heart Suit9Spade Suit5Heart Suit and Ishikawa made a flush to secure the pot and the title. Ostrovich earning $86,972 with his runner-up payout and the bounties he accumulated along the way.