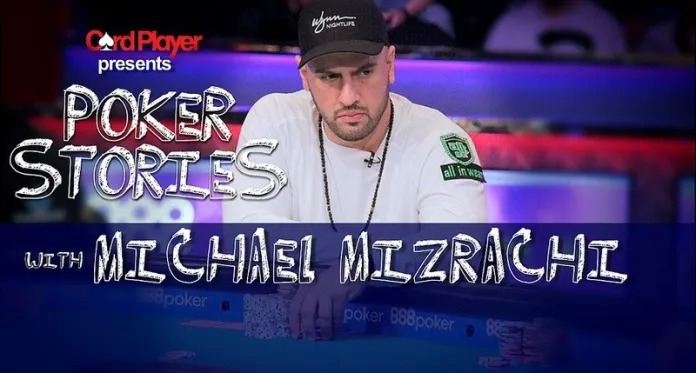 Michael “The Grinder” Mizrachi is one of the most accomplished poker tournament players in history, with four World Series of Poker bracelets, and two World Poker Tour titles. The 37-year-old got his career started by winning the L.A. Poker Classic in 2005, and followed that up by taking down the Borgata Winter Poker Open in 2006, the same year he won the Card PlayerPlayer of the Year award. Although Mizrachi has experienced his fair share of hardship following downswings, a tough real estate market, and some failed investments, he has always seemingly bounced back, as he did in 2010, when he took fifth in the WSOP main event for $2.3 million.

Mizrachi has particularly excelled in the $50,000 buy-in Poker Players Championship, which he has won an incredible three times. The South Florida native first held the Chip Reese Memorial trophy in 2010, and did so again in 2012, and again this summer. (He even finished fourth in 2016!) With more than $16.7 million in career live tournament cashes, Mizrachi currently sits in 26th place on the all-time earnings list. He is one of four poker-playing Mizrachi brothers, including Eric, Donny, and four-time bracelet winner Robert.

Highlights from this interview include a disdain for robots, 10-second decisions, a family of gambling enthusiasts, Rob’s envelopes, ladies poker night with mom, the living room casino, bussing tables at Bennigan’s, the six-figure RV, the downside of real estate, the upside of gold, being a three-time $50k champ, being a feel player, playing with no cards, holding on to your money, not gambling for a year, joining an adult swim team, high-stakes mixed games, losing a $170k pot to Daniel Alaei, losing money on swaps, listening to the way they breathe, getting fired from his dealing job, and fictional arrest scenarios.

Catch up on past episodes featuring notables such as Daniel Negreanu, Nick Schulman, Barry Greenstein, Chris Moorman, Bryn Kenney, Mike Sexton, Brian Rast, Scott Seiver, Freddy Deeb, Greg Raymer, Maria Ho and many more. If you like what you hear, be sure to subscribe to get the latest episodes automatically when they are released.